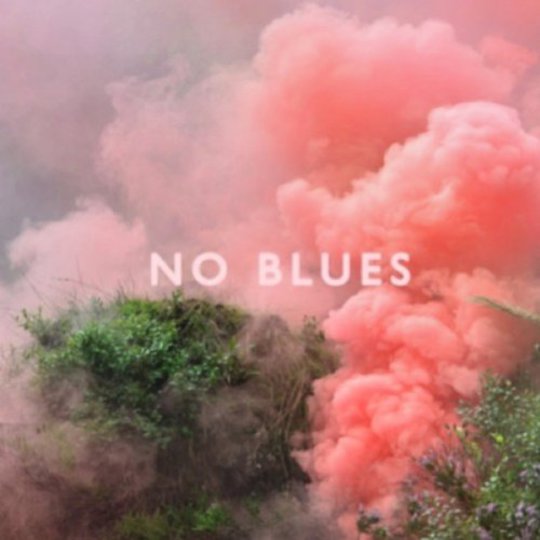 Now onto their fifth album the six-piece are a gathering cult, those that like them really fucking love them, they play respectable festival slots, sold out tour shows and they’ve been on bloody David Letterman. Frontman Gareth Paisey did an adorably star-struck show performing with his hero Paul Heaton last year. By most measures they’re a ‘big’ band, and in the great tradition of cult indie bands they’re properly adored - yet not one of their four albums has graced the Top 40.

No Blues could finally be the one that does it. With each record the band’s sound seems to concentrate, shedding the puppy fat of their messy early days at the coalface of the international tweecore underground for leaner, more melodically robust pop. They sound tougher now, less cute than they were on 2008’s Hold On Now, Youngster... and less self-consciously difficult than on Romance Is Boring. Their fifth album continues the work done on their last, 2011’s Hello Sadness, the emotional context and sentiments much sharper, painfully so in some cases, with big, lovely pop hooks on even their starkest tracks. Some of the band's best choruses are here: ‘Cemetry Gaits’ has an absolute smasher, ‘What Death Leaves Behind’ is practically all chorus, and ‘Avocado, Baby’ stomps itself so indelibly into your brain you’ll carry its baby-sized footprint forever.

The melancholic tone that dominated Hello Sadness isn’t abandoned entirely - far from it. Though this is ostensibly the most pop LC! have been, Paisey has got very good at bittersweet - he’s arguably the best lyricist in any current British band, and the natural successor to his Housemartin hero, Paul Heaton, by way of Edwyn Collins and Morrissey. ‘Glue Me’ is probably the album’s highlight and it’s about as mopey as they get. ”Two wrist watches” sings Paisey "tick tick tock slightly out of time, a constant reminder one of us will be gone before the bells of the other chime”. It’s as perfect an encapsulation of awkwardness as you’ll care to fine, and when he’s joined by sister Kim to sing ”and I’ve heard that it hurts” you believe he’s genuinely scared. Downbeat tone or not, though ‘Glue Me’ is still invincibly catchy. Find another band willing to wrap a break up song in football references (“ex boyfriend, give us a song!”) stick a pun in the title and have you humming it while you weep into your cornflakes? It’s perfect.

This album may break them into the big time - who knows? It’s good enough. It doesn’t need to though, because despite the American TV appearances, the big shows and the widening fan base; in a far corner of a foreign field that is forever England (or, okay, Wales) Los Campesinos! are genuinely and deservedly treasured. Wonderful.