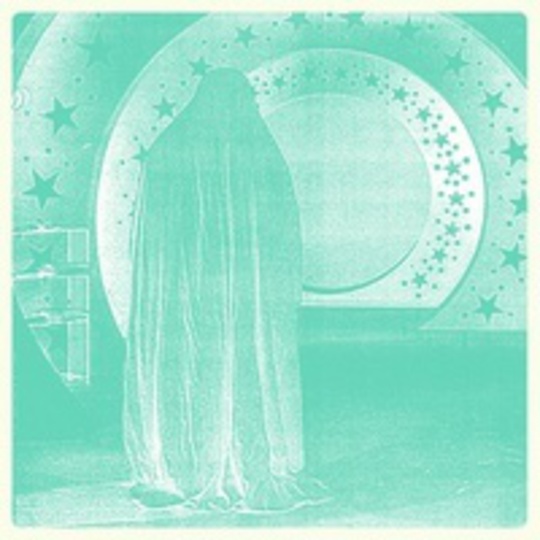 Perfection can be defined in many ways. The process of improving something until it is flawless. A paragon of excellence. A definitive end state that could not be bettered. The highest degree of quality. Unimpaired. Complete in every sense. An ideal instance. Sublimity. Preciseness. The highest standard possible to achieve.

When applied to a particular work of art such traits are wholly subjective. One man's agony being another man's ecstasy and all that. You could argue that nineteenth century painter Claude Monet's impressionist paintings embody a state of perfection, or the futuristic screenplays of George Lucas. Go down the musical route and there's any number of candidates from The Beatles Revolver to The Rolling Stones Let It Bleed, Kraftwerk's Autobahn and Manic Street Preachers' The Holy Bible. Does that make each comparable like-for-like? No, not really. But as creative pieces go, either individually or collectively, they've become the standard bearers, benchmarks any discernible artist in their respective field should aspire to. Not in a voyeuristic way. Or as vanity induced plagiarism either. But simply in striving to be the best. Creating a masterpiece that is unlikely to be improved. A statement that documents an unimpeachable moment in time. Without any flaws, minor or otherwise.

Because that's exactly what Leeds five-piece Hookworms have managed to do here. Intended or otherwise - and we'd strictly expect the latter from a band so ingrained in the independent philosophy of improvisation and self-regulation -Pearl Mystic just happens to be one of those records that embodies perfection. Throughout its nine individual pieces - three of which could be described as interlude passages, although such a dismissive approach would be doing them and their vital presence on the record a hair-splitting disservice - there's no room for improvement. Listening back to Pearl Mystic - something these ears have on a several-times-daily rotation since this record dropped on the doormat in the latter half of January - it's difficult to envisage how Hookworms could have conjured up anything better. Forget the hyped buzz bands: this is the sound of the past, present and future all rolled into one. A timeless artifact steeped in reference points yet so instinctively fresh and vibrant as to leave everything else around it gasping for breath on the hard shoulder. It's a record capable of making bodily hairs stand on end from top to bottom. Of inciting conversations of the 'Where were you when you first heard Pearl Mystic?' variety between random strangers. One that can make people stop what they're doing for an entire day. Maybe even longer. If I was 16-years-old again (wishful thinking) it would undoubtedly persuade me to join/form a band. Seriously, jaw-dropping and inspirational in every way.

And what of its creators? A mysterious bunch who'd rather be referred to in public by their initials than the full names given at birth. In being the total antithesis of people like Noel Gallagher and Johnny Borrell they're leading the way for the real alternative movement. Anti-rock stars fully committed to the sum of their parts rather than egotistic individuals. A band where the term 'collective' means so much more than ten letters of the alphabet spread across a single piece of paper. Unlikely as it may seem in the current climate where everything has to be polished and pre-packed within an inch of its life, Pearl Mystic has an undeniable raw quality which suggests it could have been recorded in one take. Improvised in the studio even, like one superfluous jam recorded for posterity. But then as anyone that's seen a Hookworms live show can witness, it's merely a case of the band doing what they do best, albeit in a different setting. Cathartic yet uncompromisingly menacing, brutal and yet soothingly hypnotic, Pearl Mystic ticks every box from the opening bars of 'Away/Towards' to 'iii''s closing subconscious beauty.

Without dwelling too much on the band's influences - and let's not forget Hookworms stating in numerous interviews about their shared love of US hardcore - comparisons to the likes of Loop, Hawkwind, The Grateful Dead and Spacemen 3/Spiritualized are almost inevitable. However, what must be noted is the way Hookworms take inspiration and turn it into something completely earth shattering. Let's return to the near nine minutes opener 'Away/Towards' for example. Its slow build up reminiscent of the way 'Black Sun' introduces Loop's Black Sun, except around the three minutes mark it develops an entirely audacious life of its own before taking off into another galaxy. With the echo drenched vocals act more as an additional instrument than wax lyrical, its clear Hookworms really are about letting their music do the talking. Guitars reverberate amidst a cascading rhythm that repeats itself mantra-like until fade, a lysergic trip without chemical enhancement.

Not that Pearl Mystic doesn't have a number of lyrical themes running throughout. Producer-cum-mouthpiece in chief MJ has spoken openly about depression in the past, and here combined with observations detailing personal loss and reasons for existence he and his cohorts address such issues via hypnotic, transcendental pieces such as the sprawling 'Form and Function'. Seguing in and out of focus at regular intervals. 'i' becomes 'In Our Time' which is then transformed into 'Since We Had Changed' and so forth. The latter song is arguably the album's centre piece, taking its cues from original psychedelic purveyors The Grateful Dead or Hawkwind and present day likes of The Horrors' 'I Only Think Of You'. That it somehow manages to usurp all speaks volumes, its frazzled state of contortion worth the admission fee to Pearl Mystic alone.

'Preservation' feels like being welcomed by the apocalypse, surging drums giving way to a hail of feedback and distortion, all held together by what seems on paper like the simplest of chord structures. 'What We Talk About' also relies heavily on a distorted bassline and dramatic percussion segments, its only distinguishing words proving key as "It's time to say goodnight" echoes in and out of focus. Moulded together by the eerie 'ii', 90 seconds of euphoric noise where dreams become nightmares in an instant. Ultimately, Pearl Mystic has a revolution quality about it. Rather than re-inventing wheels it begs the listener to loosen the axles and throw them away. Who needs wheels? Indeed. The sound of the past welded to the present to form a blueprint for the future aka the sound of perfection.