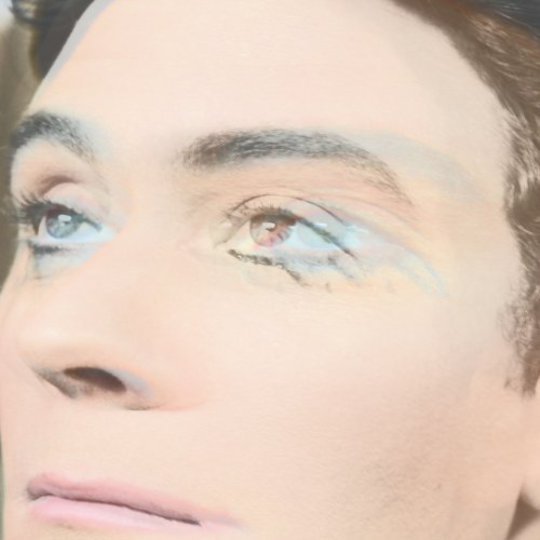 If someone was to put together a line-up of underappreciated acts from the past decade, The Ruby Suns would surely head the queue. Band foreman Ryan McPhun’s first three full length releases encapsulated a swathe of genres, played out with a sense of fidgety, untameable curiosity. In particular, the unkempt Amazonian rhythms of 2007’s Fight Softly showcased a mastery of percussive-based melodies which, live, was made all the more hypnotic by McPhun’s limb-combusting stage presence.

Yet, there’s always been a touch of the Yeasayers about The Ruby Suns. Not just in the shared pursuit of tribal splurges with a melodic twist, but in the feeling that this is as good as it gets; that wherever McPhun goes next, no matter how spectacular the execution or boundary-pushing the sound, he’ll never quite scale the greatest heights.

With the release of Christopher, McPhun seems to be using this sense of inevitability to his advantage. Bathed in high-fidelity production (thanks to Beach House mix-maestro Chris Coady) The Ruby Suns' fourth longplayer gallops away from its predecessors’ calling card of experimental flicks, tricks and flourishes. Here, McPhun is putting away his blueprints and doing as he pleases. And what he pleases is pop - of all shapes and sizes.

His latest creation is a Ruby Suns record in name only. Everything else – the sounds, the hooks, the synthesized delivery – derives from chart-topping produce from the last 30 years. Unsurprisingly, this pegboard style creates an uneven trajectory, meaning the run between opening number ‘Desert of Pop’ and curtain closer ‘Heart Attack’ has more peaks and troughs than an alpine ski resort.

Such inconsistency makes Christoper a frustrating listen. The spirographing Eighties wiggle of ‘Real Life’ is instantly countered by ‘Dramatikk’s directionless composure; ‘Rush’s overjoyed synth-scape finds itself clawed back by the placid austerity of ‘Kingfisher Call Me’; and the spiderwebbing rhythm of ‘Starlight’ is left sullied by ‘Boy’s suffocating Chromatics-like tundra.

Curiously, McPhun’s sonic shunt evokes a more honest lyrical approach from the New Zealander. These tracks are washed in personal narratives, ranging from surface level popstar pondering (‘Real Life’) to deep-seated soul searching (‘Heart Attack’). At one point 'Boy', perhaps the record’s most blunt point of reflection, finds McPhun explaining to his inner-child that “there’s a monster in everyone you know”.

Despite the self-therapy and tonal lulls, Christopher is a highly listenable affair that produces two truly outstanding moments. ‘Desert of Pop’s vibrant synths and dreamy, sentimental notes make it a dead-ringer for New Order at their finest, while ‘Jump In’s grandiose scales and dashing percussion conjure up a brilliant slab of zig-zagging pop that’s as hummable as it is demanding.

Were they delivered via the sugar-coated pipes of a giggly chanteuse, such impressive touchpoints would scythe their way through the charts. Yet, for all Christopher’s shiny veneer, you suspect McPhun has no need for such lofty heights. He’s satisfied doing what he’s doing, playing what he’s playing, being what he’s being. Appreciation doesn’t even come into it.