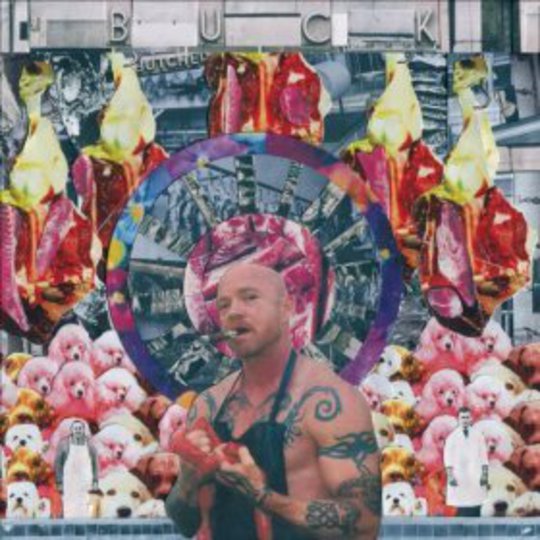 A few years ago I saw Stuart Warwick performing in his former Jacob’s Stories guise in the upstairs room of a Brighton pub. The space was crowded and the air thin and heated, our sweat evaporating and the walls wet to touch: Scott Matthews, who was headlining, couldn’t keep his guitar in tune, which actually made his songs a lot more interesting. The heat made us drink and the drink made us loud, but the room fell silent for Warwick’s set, lullabied by the glitched and haunted sounds.

There’s a similar effect listening to The Butcher’s Voice, Warwick’s second album under his own name. Sat in a noisy coffee shop with a screaming child to the left and two guys in their late-thirties rabidly enthusing over webpage style-sheets to the right and they just fade out, mere static at the fringes beneath the minor keys and vocal shadows.

It’s an odd world, the one we’re taken to, bleached and often jarring and flecked with the spittle of dark humour, from song titles such as 'Meloncolonica' and 'Man With A Pussy' to the album cover with its hanging meat and winsome puppies. Opener 'Sailors' sets a fragile tone, glockenspiel chimes and metronomic piano carving a spare and chilly sound that builds but doesn’t lighten, Warwick’s voice beautiful but draining. He might not like the comparisons to Thom Yorke but they’re inescapable: like Yorke he tends towards the melodramatic, his vocal style investing even the most benign lyrics with a doomsayer’s forebode. "I had a Hello Kitty" he sings in 'Dreams Of A Tomato Man' and it’s terrifying, even more so when we learn that’s he’s been keeping it beneath the floorboards like a Toy Story Fritzl.

Dinner party fare this isn’t, but there’s some staggering talent here. The title track exhibits this most clearly, a damn-near perfect assembly of striking melody and driving rhythm that warrants a far, far wider reception than it will likely receive, whilst the aforementioned instrumental 'Meloncolonica' recalls Patrick Watson or even Mogwai, ivory and strings commingling in cinematic sweep. Musically The Butcher’s Voice is persistently surprising, its songs evolving from off-kilter keyboard-demo riffs to grandiose arrangements of handclaps and harps, double bass and processed drums and layered, harmonised voices.

It’s not an easy album, however, and some of its more leftfield turns veer overmuch to whimsy: the fever-dream intros of 'Dame Binned Cow' and 'Dreams Of A Tomato Can', for instance, with their nightmare evocation of dead-eyed clowns clutching broken glass. And for all its playful moments The Butcher’s Voice remains a pretty claustrophobic 45 minutes, the highpoints many and lovely but a touch too airless by the close.