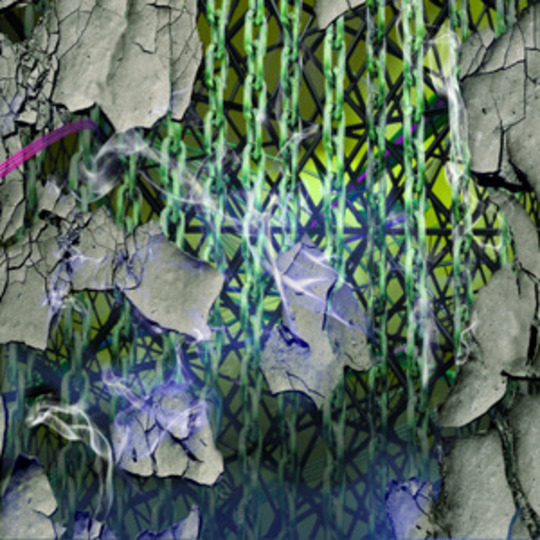 Pioneering dance label Hippos In Tanks are the new home of Nguzunguzu, who won a small following with their Timesup EP and two storming mixtapes. Anyone expecting the party to continue here is in for a shock: Ama Maroof and Daniel Pineda were never the most rational duo in bass music, hanging on the edge of the niche scene where dubstep meets psy-trance patches. This release forgoes the highs for experimentation, which might not be good news for the DJ but will mean a lot of software trainspotters now have to say En-Goo-Zoo En-Goo-Zoo.

Warm Pulse is nothing like as smooth or melodic as Timesup - it mutates the duo’s electronica style til it’s madder than Frank Bruno. Though the component sounds are familiar, they’ve been engineered into a blur: ‘Delirium’ plays ice cream sirens over the latest footwork, obtuse but somehow also delicate. The klaxons mean you could potentially drop in on the dance floor but most Joes would run to the toilet, waiting for the processed choirs to stop. The title track is crazier still, going from rattled birdcages to bass like a giant tuning fork. Each time it tolls the whizzing drum track fades out, either through production or respect.

It’s when Warm Pulse piles on the tricks that it starts to feel a little indigestible. Some parts are too screwy, sampling satellite TV horror soundtracks that feel ancient as ten-year-old photocopiers. On ‘Drop Cage’, a melody in the bass will be lost on anyone without adequate woofers, who might find the glockenspiel/sucking drums too jarring to look any further. ‘Smoke Alarm’ is even more deranged, combining radar signals, gunshots and clicking fingers into the world’s funkiest surveillance equipment. This track ebbs away periodically too - for echoing vocals which feel disjointed, like Shirley Bassey serenading NASA.

People waiting for something definitive will find a reward on ‘No Longer’, where the vocal samples are clear, and the mood is sinister, and a piano anchors everything to earth. Without it Warm Pulse could be viewed as a joke title, as not much on this EP is either openly inviting or blessed with regular beats. Nguzunguzu seem to be in an experimental phase but are in it with both feet, turning most of their insane skits into 20 minutes of IDM gold. Although they sometimes sound like they’ve found a Microkong synthesizer and want to smash down walls with it, the duo are still making some of the tightest tunes on the electronica circuit today. For the moment, though, only those with an atypical bone structure would even attempt to dance to them.