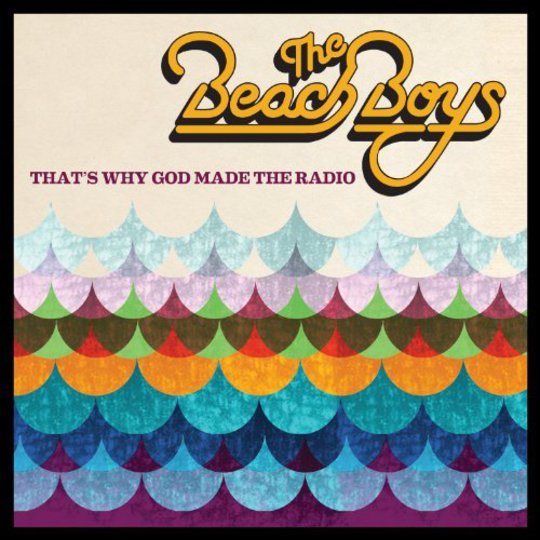 The band are back together, sort of.

On paper you’d be justified rooting for Carrie Fisher’s gun wielding character from The Blues Brothers to nip such reformations in the bud. We are all aware how quickly good intentions and nostalgia can morph into franchise raping ventures that leave behind an inflated bank balance, (re)strained relations, and a soiled dynasty. (Coincidentally, and conveniently, best exemplified by Dan Aykroyd’s ill-fated self harm in celluloid; Blues Brother 2000.)

The Beach Boys have reunited to mark their fiftieth anniversary. Sadly we are without the irreplaceable Carl and Dennis Wilson, but the rest of the surviving members are all present. Song writing genius Brian Wilson is at the helm, alongside him Mike 'The Limelight Chasing Moth' Love, irrepressible pin-up Al Jardine, and the often underappreciated Bruce Johnston - who has the distinction of writing Barry Manilow’s ironic hit, ‘I Write The Songs’. To bulk up the numbers there is even the surprise inclusion of David Marks, whose tenure in the original Beach Boys was so short lived that he actually clocked less hours in the band than a dominant case of Athlete’s Foot suffered by Brian one long summer.

The album starts with the goosebumps-inducing ‘Think About The Days’, which highlights the remarkable group harmonies that set the band apart from their rivals in the first place. Setting a surprisingly ethereal and sombre tone, you can’t help but be enchanted and curious as to what is to follow. Regrettably, it turns out to be something of a curveball.

After 50 years you’d think they’d have gotten bored of wearing horrible Hawaiian shirts and singing about the bloody ocean – we get it, you like the beach. Whereas 50 years ago such songs felt zesty and crackled with energy, now such themes feel like a pastiche of themselves. Surely at their age they should be more worried about skin cancer, or heat exhaustion, from over exposure to the sun, yet here they are frolicking in the sand dunes without even a hint of medical concern in the undertow of their tracks.

The jaunty ‘Isn’t It Time’ and ‘Daybreak Over The Ocean’ are the kind of cheerful, bubbly songs that could have been handcrafted for a sun filled montage in a Disney film. There are all too brief reflections of the ambitious innovators behind Pet Sounds, in the grandiose arrangements of ‘Pacific Coast Highway’. And the Marconi-baiting single ‘That’s Why God Made The Radio’ shows that they still know their way round a melody and a recording studio.

In all honesty, you can’t be too harsh. Ultimately it’s just a group of old friends getting back together for a trip down memory lane. You have to admire their diligence and drive in producing new material when they have such a supreme catalogue to rest upon. And in contrast to all the terrible bands that have reformed recently, at least they are actual legends with genuine talent. That’s Why God Made The Radio isn’t terrible or embarrassing, it is just is a bit safe, and subsequently washed over me. Saying that, it does contain the odd spark and flicker of life that is absent from so many of their peers modern releases (I’m looking at you Eric Clapton).

It really would have been a shame if Carrie Fisher had murdered them, for you can’t really deny them their day in the sun.