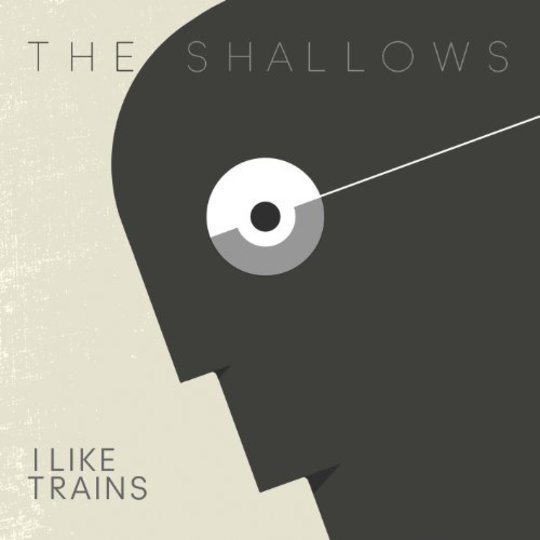 If I Like Trains were remarkable for anything back in the mid-Noughties, it was the fact that playing straight-faced gigs dressed up in novelty costumes was actually what redeemed them from looking like blistering knobheads. With bowed, arching songs making charcoal portraits of doomed historical figures, national tragedies and rising water levels, the Dance to the Radio quintet crept up the staircase and into the hearts of bookish bearded folk everywhere; it’s fair to say a little self-awareness - white suits here, British Rail insignia there - collided pleasingly with their rich, highfalutin concepts.

But though dwindling public awareness might’ve sent them sliding down the pantheon bannister, it’s not because they’ve failed to adapt. The gaunt severity of their early work is retained on The Shallows, while edging away from the climax-obsessed post-rock template. Besides, although the landscape’s shifted considerably, you hesitate to suggest the meandering pretensions of, say, White Lies - a band so suffocatingly dull you’re better served chanting to a large pile of dusty A-level textbooks - manage to fill the gap for a stern, well-read rock outfit. The point is, if I Like Trains have chugged off the radar somewhat, their fingerprints are scorched on the memories of those reached in their prime.

Well, here they remain, plying that tenebrous trade. Not that it’s entirely necessary to one’s appreciation of The Shallows, but the concept here, based on Nicholas Carr’s Pulitzer-nominated nonfiction book The Shallows: What the Internet is Doing to Our Brains, is of increasing intellectual complacency in the internet age. Surprisingly, in evoking this the band have laid off flamboyant synth hooks and dystopian porn ballads: the songs are couched in heavy atmosphere, constellations of polished guitar and brooding choruses skulking along the interstellar highways of ‘Mnemosyne’ and ‘The Hive’. It’s the same pinpoint focus on looming tragedy, personal and global, that made their music an absolute bitch for music library shuffle during house parties and particularly raucous sexual encounters back in the day, when the band hunched alongside Dance to the Radio’s ¡Forward, Russia! and Napoleon IIIrd as bright hopes of the Leeds indie movement.

The Shallows is consistently decent but fails to ignite the cerebrum with the directness and dread of their early output. Summoning in one curled lip all the simmering gloom of a complete Editors setlist, sombre-tone singing man Dave Martin was always the rough-cut jewel in the band’s crown - the devoted professor plotting political sabotage from a cobwebbed cottage attic. Which makes the LP’s iffy recording immediately off-putting: producer Richard Formby’s mix lacks the stately yet brutish force that powered electrifying debut EP Progress/Reform, with drifting vocals that remain eminently wise of hue but grate against a sparklier backdrop. It’s a shame, because the industrial synths and metronomic drums of ’In Tongues’ and ’Beacons’ hint at a forward-looking complexity, suffusing their trademark grey shades with tidal textures recently found washing the moonlit shores of the Twilight Sad’s No One Can Ever Know.

Of course there’s nothing gravely wrong with chasing an aesthetic to the bitter end, and where the whole package doesn’t quite come together, on their own terms they stand aeons ahead of their contemporaries, with an avuncular, English charm resolutely intact. The overall impression is of a historical relic of the future’s past, twinkling dimly with an oppressive, wafting malaise that’s fully intentional but nevertheless slightly unsatisfying. Do stick around, but please, a little vigour next time, chaps.