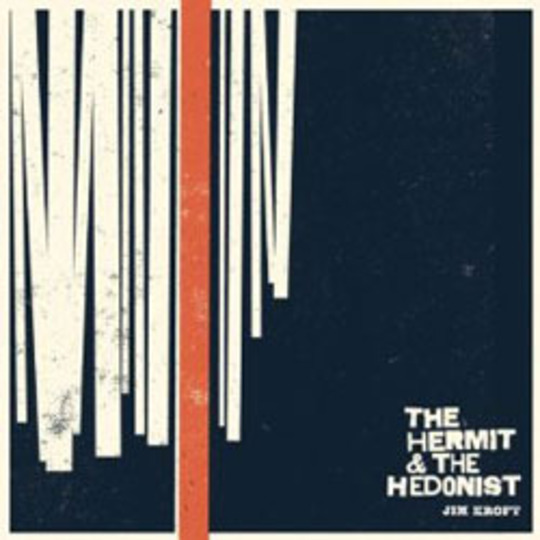 Less is more, especially for Dundee-born Jim Kroft. Debut Between the Devil and the Deep Blue Sea was inspired by his move from London to Berlin (due to financial and creative constraints) and the deserted buildings he lived and played residencies in. Here he wrote about the resultant isolation from his party hard lifestyle, paired with the feelings of losing his mother to cancer. But far from glum, his debut drew many comparisons to glam-era Bowie and inspired by this success, he now aims to go from “Mattress to mainstream,” with his second LP The Hermit and the Hedonist. Where older tracks ‘Birthrights’ or ‘One Sees the Sun’ (‘The Jailer’ matching these on THATH) used louder, conventional structures, THATH builds more subtly; dense, joyful orchestrations often juxtapose with Kroft’s sombre, personal reflections.

‘Memoirs from the Afterlife,’ the album’s blustering opener, finds Kroft cursing “It’s a fallacy that there’s nothing left for you and me”, atop a whirlwind of strings coming straight out of the whimsical book of Wainwright and Coyne. The same shadow looms over ‘Modern Monk.’ Its nimble guitars – think The Bends/Pablo Honey-era Radiohead - wander amongst Kroft’s dream that “Feels like a nightmare” where he ultimately feels childlike. Combine that with ‘Waiting for a Healin’, which borrows from ‘2+2=5’, and somewhere Mr Yorke and co are smiling.

These tracks suggest that from despair, comes hope. Where his debut was a more personal affair, Kroft comments socially on the wider, austere times here, noting that “Society will only keep evolving with a greater understanding of itself and between its peoples.” If that sounds too preachy, it is, and Kroft’s commentary is best taken in small doses – even if his voice does pleasantly wisp between Rufus Wainwright’s dramatic dynamic and Stuart Murdoch’s gentle whisper. ‘Ulysses,’ which promises Elbow’s ‘One Day Like This’ but delivers a dazed version of Embrace’s ‘Gravity’ instead, involves falling victim to temptation with comparison to the mythical Greek hero. The sprawling Verve-esque epic of ‘Morning Breaks’ portrays a battle with alcohol abuse and being chained to a gun, whilst ‘Haiku’ details finding one’s true identity past cryptic masks. You can only take so much of Kroft urging one to take control of one's life (‘Daylight’) or dismissing style-over-substance personality of online worlds (‘Canary in the Coalmine’) before it all becomes more self-righteous than a G8 conference with Bono and Geldof.

Add ‘Bleeding into Bohemia’ and ‘Daylight’, both simmering limply rather than bursting with their intended explosiveness, you’ve got a record that imposes itself a little too much, and with failed effect. ‘Morning Breaks’ finishes the album on a squeaky whimper, and it’s a welcome ending. Musically, The Hermit and the Hedonist is decent, but it would have been more bearable without the cultural commentary. That’s not the case unfortunately, and where his debut rightfully kept themes to a charming, personal level, Kroft has become too big for his boots here.