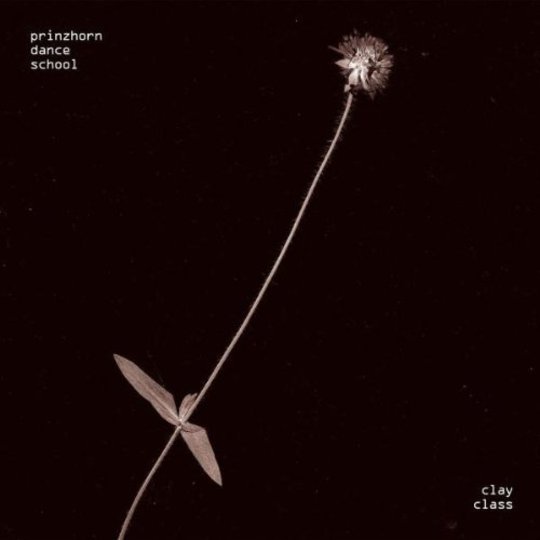 Remember when everyone got their knickers in a twist about Prinzhorn Dance School when they first emerged? When everyone got their cheap briefs in a quiet, personal twist about their presence on the DFA roster even though we pretended to be cool about it, even though it didn’t rest 100 per cent easy with us but it seemed cooler to be cool about it? Because at the time it seemed a bit… I dunno… but now it’s all fine ‘cause the world grew up a bit and no one gives a flying bat-shit about belonging somewhere anymore?

Nearly five years since the release of their debut album, Tobin Prinz and Suzi Horn have gone for the ‘more of the same, please, guv’nor’ approach to their second long-player. Clay Class is a casual series of stream-of-consciousness thought processes, set to a simple beat and guitar lines that play follow-my-leader with the vocals. Repetition is key, Repetition is key.

The lead track, ‘Happy in Bits’, has Tobin singing “ I’m glad you’re here / building on sand … we’re happy in pieces / happy bits,” setting the scene nicely and building a picture of the world that Clay Class inhabits. It’s a world where nothing quite works, everything is ever so slightly broken and everything happens just a little too slow. Characters in the songs seem to want to connect but can’t, caught pigeon-toed in the treacle of their own emotions.

‘I Want You’ is a glorious case of romance, upended, skinned and delivered to a taxidermist for experimentation. “I want you,” they sing sweetly, “drown your laughter, drown your laughter, in a clever river.” You have to pick the bitter from the sweet, because they won’t do it for you. It’s nearly a minute into the song before they hit you with the sentiment but when they break the hypnosis, it breaks hard. Tobin and Suzi’s voices beat together “cage your freedom, cage your freedom / in a loving prison” like two halves of a vital life force that must not be separated.

‘Crisis Team’ trips a little faster than the others, lilting like a Graham Coxon song, a humble acknowledgement of that terrible need for disaster in our lives, as though it’s the drip-feed of heartbreak that keeps our ribcages heaving. It’s a rare case of evident melody. Normally the vocals float monotone over scrapping guitars and drum beats that are as much a part of the script as the lyrics. But the vocals remain the same. Ebbing together, humming the monotony of everyday life. ‘Minimal’ barely covers it. Every element of Clay Class is vital, because there are so few of them. The tedium of cleaning a patio becomes a revelation in their hands. Although even the most studious of listener’s attention will wane momentarily throughout, Clay Class is nonetheless a class act. Understated, sloth-like and quick-witted all at once. An exercise in excellence, with one hand tied behind its back.