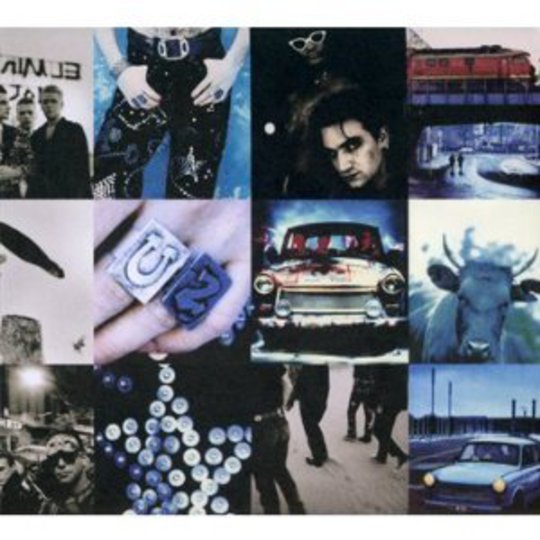 To express a dislike of U2 seems to have become almost as regular a pastime as shopping for groceries or queuing at the bus stop. It seems to be almost second nature for Bono et al to be castigated for crimes against humility rather than the actual music. That said, it's also probably fair to say they haven't delivered a truly consistent long player in 20 years. Since the initial 1991 release of Achtung Baby, if truth be told.

Whereas U2's output during the Eighties proved near flawless between 1980's debut Boy and what is to many the band's undisputed pinnacle, 1987's The Joshua Tree (we'll ignore the decidedly ropey Rattle And Hum for now), the ensuing years haven't been so kind to messrs Hewson, Evans, Clayton and Mullen. Already arguably the biggest band in the world based on record and concert ticket sales by this point, the criticism directed at Rattle and Hum's ropey roots adventuring seemed to wake the four Irishmen out of the self-absorbed slumber they'd fallen into.

Having worked with Jimmy Iovine on Rattle And Hum, the band opted for Daniel Lanois and Brian Eno's more adventurous approach on the follow-up. The pair's input on both The Unforgettable Fire and The Joshua Tree - already partly responsible for elevating U2 to the worldly status they currently held - would prove just as important here. At the time, drummer Larry Mullen commented "We may be the biggest but we're not the best", and over the course of a 12-month period between October 1990 and September 1991, U2 set out to make their most diversely progressive statement of intent to date.

At the time, the musical landscape was changing. Acid house and rave culture had become ingrained in society while independent guitar bands suddenly found themselves on mainstream daytime radio playlists off the back of the Stone Roses/Happy Mondays Manchester boom. If U2 had been able to rest on their laurels three years previous, they had to up their game now or fear being labelled has-beens.

Recorded in Berlin, possibly inspired by Eno's previous recordings while based in the city, Achtung Baby represents U2's first real delve into the experimental world of industrial dance music. With the band's playlist at the time said to include anything from Einsturzende Neubaten to Jimi Hendrix and Nine Inch Nails, it came as little surprise that the end product was a concoction of classic rock melodies bathed in effects-laden production techniques several million miles away from the authentic spit and sawdust back to basics of Rattle And Hum.

Enthusiastically received by the music press at the time, its lead single 'The Fly' announcing a marked departure from any preconceptions gathered about the band, Achtung Baby went on to shift over ten million units within the first year of release, and is still widely recognised as the band's most definitive collection of songs, a fact borne out even by the band themselves, whose recent headline set at this year's Glastonbury Festival contained more material from Achtung Baby than any other period of their career.

Onto the twentieth anniversary re-issue of the record itself. As with most deluxe editions of this sort, Achtung Baby comes in various packages from the standard Deluxe Edition, which features a 14-track bonus disc of b-sides, remixes and one unreleased song, to the mammoth Super Deluxe Edition which crams six CDs and four DVDs worth of artifacts into one luxuriously ornate box.

Even today, opener 'Zoo Station' still sounds as fresh and extravagant as when first released at the turn of the Nineties. "I'm ready to duck, I'm ready to dive" insists Bono with all the zest of a hyperactive teenager, The Edge's customary guitar sound omnipresent while the hugely understated rhythm section proffer a more distorted, occasionally processed variant to their heavily stringed bows. Running through Achtung Baby's tracklist could almost be mistaken for that of a U2 Best Of... in itself; 'Even Better Than The Real Thing', 'One', Until The End Of The World' and 'Who's Gonna Ride Your Wild Horses' all casually dispersed throughout the first half of the record. What's interesting about Achtung Baby are the forays into previously unchartered territories. While 'The Fly' proved something of a launchpad for the album, its some of the lesser feted tracks here that - even 20 years on - raise an eyebrow or two. 'Ultra Violet (Light My Way)' undoubtedly paved the way for the band's next venture, the even more extravagant if not quite as concise Zooropa, while the closing 'Love Is Blindness' fuses cinematic drama with a buoyant energy normally associated with the likes of Massive Attack or Future Sound Of London. We could probably sit here and discuss each and every one of Achtung Baby's 12 tracks ad infinitum, but that's been done umpteen times before. More importantly, nothing here sounds dated or out of place, even in the current climate, which is about as virtuous as it gets when lauding the accolade of 'timeless classic' on any given album.

Of the bonus material, the previously unreleased 'Blow Your House Down' makes interesting listening if only for the fact it a) sounds like Suede; and b) stands head and shoulders above almost everything the band have released since, half of 2000's All That You Can't Leave Behind excepted. Also worthy of attention are the band's take on Lou Reed's 'Satellite Of Love' and The Rolling Stones 'Paint It Black', both initially released as flipsides to 'One' and 'Who's Gonna Ride Your Wild Horses' respectively. While neither strays too far away from the original, one gets the impression the jams from which these recordings exist proved a welcome respite from the intense sessions culminating in Achtung Baby.

Elsewhere, the Perfecto Mix of 'Mysterious Ways' is perhaps the only reminder of the post-rave world Achtung Baby was conceived in, while the dark 'Alex Descends Into Hell For A Bottle Of Milk/Korova 1' provides U2's contribution to the remake of A Clockwork Orange in dramatic style.

The Super Deluxe edition should maybe come with a For Hardcore Fans Only sticker; not that I'd expect the casual fan to shell out the £75 Amazon are requesting for its purchase; Achtung Baby is worth the admission fee alone and ultimately a must-have addition to anyone's music collection.