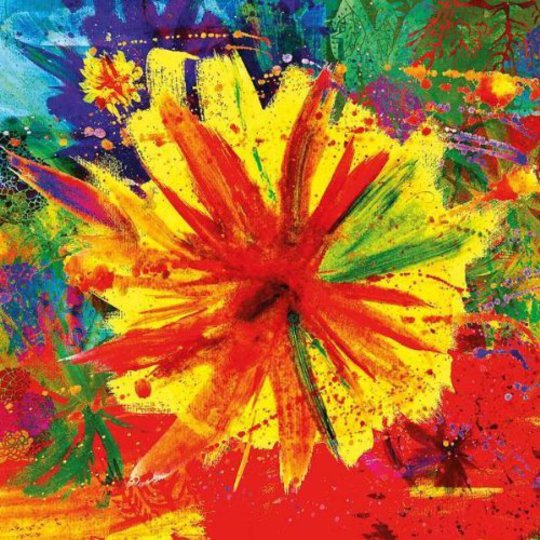 Zun! Zun! Egui! As a species - our ears drawn to melody, our souls, I think, to chaos - something we like rather a lot is exploring contradictions that strike simultaneously at sensibilities of conflict and calmness. Contradictions that validate unspeakable beauty with a pleasingly human inelegance. Bristol’s Zun Zun Egui harness this grand ambition, somehow, without ever becoming smug or self-conscious, which means that while Katang - the Bella Union quartet’s debut LP proper - is likely to be one of the most technically superior and audacious records to zing across the 2011 finishing line, it is good - not great, perhaps, but absolutely fucking tremendously good, yes - because it does all that without ever shafting us with the impression its creators have been acquainted with their instruments much longer than the past 15 minutes.

What this enhances is their lack of pindownable appeal. Does Katang make you want to summit a multi-storey car park proudly beating your bare chest to the heavens like King Kong hopped up on cider pills? Yes, yes, that much is plainly felt. But in terms of more succinct reference points, it’s telling that, in the endless quest for snazzy critical shorthand, the soaringly vague term 'party-rock' seems to have crept into the running. Do we need another prefix-rock genre? Do we really take any special value from these ad-hoc buzz-terms coined in the no-man’s land between the imminently-approaching announcement of a slightly out-there new band and a creatively bankrupt writer’s deadline? Not that there’s any driving need to even be discussing genre-pigeonholing anyways, but this lot are maybe symptomatic of something modern in that the sheer volume of cultural blurring, adjective defying and brain-juggling ebullience renders Katang a zippy thing fantastically liable to make critics look a little silly: bravo, Zun Zun Egui, bravo. I have, again, seen this lot described as an ‘avant-garde’ proposition, which is an absolute disgrace; firstly because that umbrella is reserved for only the most thunderously shite Wire-fodder doing the rounds at any given time, and secondly because much of this sprawling, Japanese rock-influenced record constitutes a bare-faced rip-off of other, potentially weirder bands - none really all that avant-garde themselves. Bands like Dirty Projectors, Thank You (check the sublimely zig-zagging Golden Worry) and Talking Heads, who - well - admittedly shouldn’t simply be shackled up with the thinly-cultured pop conformists, but do proudly slide into an established framework of vaguely traditional rock groups, pop groups, whatever.

Zun! Zun! Egui! Remember that time you stood slightly aghast in the streets of a major European city, watching a man with a wrong hat and probably no home doing a Lotus Flower-dance to a vast cacophony of apparently-no-music-whatsoever? This is probably what he was listening to, it just didn’t exist yet. You know when people tell you something wafty with autumnal strings and lush whooshes could 'soundtrack your dreams'? Bobbins - if anything comes close to sleep’s dazzling storytelling, it’s this here, what with ‘Cowboy’s zipwire riff-toting and ‘Fandango Fresh’s wild-eyed “Sexy worm!” (is that it?) chants - as if passed on from a Lynchian messenger - and ‘Dance of the Crickets’’ dizzy-making drums, clattering over one another without any pardon in this most un-British of manners, brilliantly.

Katang is a smart, multi-paced and willing record, endearingly flinging you headfirst round a neon-signposted racecourse, which can, let’s be clear, totally get on your tits after a few circuits. Thrills more sharp than watching the shelves of genre collapsing neatly into the compartmentalised-mediocrity incinerator, however - these are scarce. What’s exciting is that Zun Zun Egui are having larks too horizon-broadening by half to worry about singing always in proper languages (singer Kushal Gaya is from Mauritius but ululates, hollers with pure tribal ecstasy) or explaining the origins of their strangely pleasing moniker. So let’s lark with them. A tropical playground chant. A rampant war cry. Zun! Zun! Egui! Well well, what a raft of marvellous goodness this is.