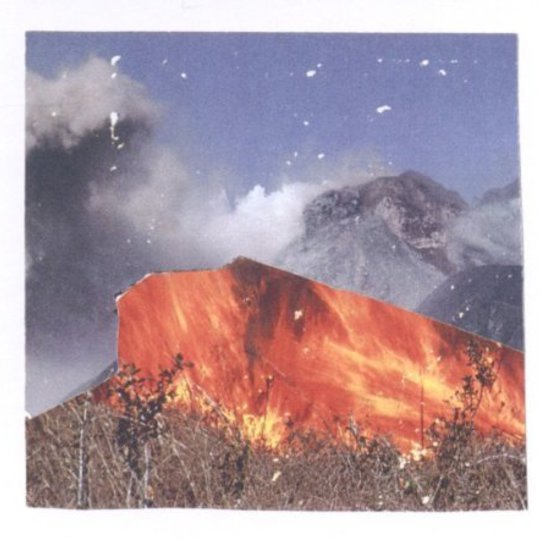 In a time when the western world has plugged itself into the virtual looking-over-the-neighbour’s fence of Facebook, when Lady Gaga can’t even enjoy a cooking program without 50 identical news stories reporting it and where all and sundry clamour for their own sense of importance in just 140 characters, how refreshing it seemed to have a band like WU LYF. Here was a young group of Mancunians who cropped up last year in a whirl of hype only to shun the millions of shouting internet voices, to refuse interviews and who slipped around the shadows of their native city avoiding the claustrophobia of its overlapping scenes.

It was all bollocks of course, something ascertained fairly quickly by the many whose desire for full disclosure remained resolutely insatiable. So goes the trouble with creating enigma, people always seek to strip it away and the speed of which that can be done is only getting quicker. Frothing scribes have been hunched over their laptops for the past 18 months joining the dots of WU LYF’s faux-mysterious background, but just to recap: early press shots showed different group members each time, all with faces covered; originally flipping between band names, they were also renowned for only playing one venue in their home town, the tiny An Outlet – regularly no showing at other booked slots around the area – and had virtually no internet presence, early fans having to settle for leaked rough demos. Then it turned out that An Outlet was run by four23, a company that 'creates visual identity' of whom the band’s manager was also a part of. Rumours surfaced that they’d signed a publishing deal with Universal - something eventually confirmed by the band - and a record deal with XL, and all of a sudden the purported image of a misfit collective of elusive souls started to look increasingly transparent. “The dollar is not your friend,” shrieks WU LYF lead singer Ellery Roberts on recent single ‘Dirt;’ rarely has a line felt more false.

All of which is fine and well, few if any artists of any notable acclaim have achieved it without being tailored and marketed for greater appeal, preying on that primary awe one experiences upon witnessing a musician seemingly cloaked with an otherworldly talent and aura is nothing new. Yet it’s taken four hundred words to even reach talking about Go Tell Fire To The Mountain itself; why? Because for all the bluster, the smoke and mirrors and marketing ploys, this much-anticipated debut LP is in fact far duller than the fiction created about its creators. It’s a cliché, but the emperor’s new clothes isn’t far wrong; you’d think all those hours sitting around refusing to play gigs would’ve seen them refine their songs to something better than the unfinished odds and sods that floated around the internet last year. Bar the stirring ‘Spitting Blood’ and the noir pop bombast of the now familiar ‘Heavy Pop’ – pre-fixed here with a chiming piano reverb that sadly drags rather than builds – a lot of Go Tell Fire… simply sounds like what the group essentially are: an alright new band with plenty of work to do. With the expectation on bands to arrive fully formed on their first album now this means it’s already treading water, with the weight of what their backers wanted us to believe it comes across as a crushing failure.

Cases in point come on ‘Cave Song,’ a passionately delivered but muddily concocted slab of indie-pop that sees Roberts’ fraught vocals clash jarringly with cymbal-happy percussion. ‘Such A Sad Puppy Dog,’ meanwhile, is a maudlin, organ-led funeral march that reaches a full-blooded crescendo only to trip over its feet on an unsure meandering descent. Then there’s the feeling that WU LYF only have two types of song structure; slow-burning ballads that build from the depths, stoically climbing upwards, or more straight-ahead anthemia that are dropped into great oceans of reverb and echo. It means that when ‘Dirt,’ and ’14 Crowns For Me And Your Friends’ appear seven and nine songs in you already feel like you’ve heard them two or three times each already. That’s something not helped by how cluttered and clattering everything sounds, with every component turned up to distorted levels, instruments tumbling clumsily into each other, breaking into painful shards on impact. Finally there’s Ellery Roberts' vocals; while one man’s overwrought is always another’s passionate, the efforts of the front man to shout himself hoarse do eventually irritate, no matter how sincere his intentions. He smothers moments of real poignancy with his largely bellowing throat laceration, with his lyrics barely decipherable – continuing the smoke and mirrors theme then, but holding up really fucking close to our face so we can’t ignore it.

Go Tell Fire To The Mountain marks the final stage of WU LYF’s gradual unveiling – now they even have a PR now who keeps you informed of what they’re up to and where they’re playing – but as the big reveal it disappoints. Though their hype has been undeniable, it’s not they or their music that’s actually captivated so many, instead it’s been the campaign, the grand aesthetic created and the realisation of its folly – this LP needed to divert attention away from that in a positive way, but the impassioned, plucky but flawed raggedness of what’s resulted lies far behind the hubris. Now stripped of their manufactured aura, WU LYF no longer have a platform but instead stand naked and shivering alongside hundreds of other bands with debut albums that don’t satiate the need for instant greatness. People bought into the myth, yet ultimately it’s the music that’ll provide their legacy, and at this point in time it’s doubtful as to whether that’s worth investing in.