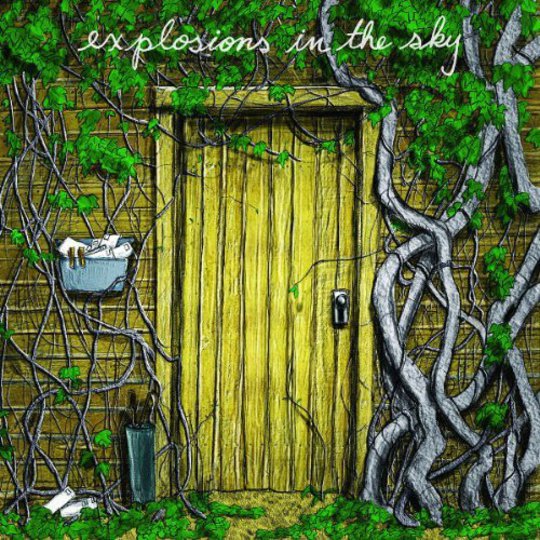 Post-rock bands are often described as producing soundtracks to non-existent films. If Take Care, Take Care, Take Care, Explosions in the Sky’s fifth LP, were to soundtrack a film it would be a rather summery and feel-good affair, probably full of attractive actors experiencing whirlwind romances and getting in touch with themselves. It would be the kind of film to make you smile, but maybe not one that would live too long in the memory.

The most obvious reference point for Take Care, Take Care, Take Care is the band’s arguable career highlight, 2003’s The Earth is Not a Cold Dead Place. This latest set shares The Earth...’s chiming and intertwining guitars, as well as its uplifting and life-affirming moods. This is certainly a strength: after 2006’s All of a Sudden I Miss Everyone being a curiously muted affair, it’s good to hear them back at what they’re good at. Yet it shows up the central weakness with Take Care, Take Care, Take Care: there’s very little on here that you won’t have heard before.

It must be a couple of years now since the post-rock bubble burst: the number of new instrumental bands forming to produce delay-pedal heavy crescendo-rock seems to have tailed off of late. But their legacy remains: there are an awful lot of records out there that sound very similar to The Earth is not a Cold Dead Place. The question mark that hovers over Take Care, Take Care, Take Care relates to its ability to stand out enough to make its own mark. There are some instrumental bands who have an instrument with a distinctive enough voice to be unmistakable – Warren Ellis’ violin in The Dirty Three, Mats Gustafsson’s sax in The Thing – but none of the elements on Take Care, Take Care, Take Care: two guitars, bass, drums can claim to really fill the personality void left by the absence of a vocalist.

However, whilst there’s no stand-out instrument, what EITS do well is to balance and blend the different elements together. The band have been playing together now for more than a decade and it shows: from ‘Last Known Surroundings’s chiming guitars and busy propulsive drums, to the final track ‘Let Me Back In’ and its gorgeously restrained shimmering waterfalls of guitars, it's the sound of a band who know exactly what they want to sound like and have an almost telepathic approach to collaboration.

For all of Take Care, Take Care, Take Care’s familiar post-rock sound, there are a few places where you can see the band changing the formula slightly. ‘Trembling Hands’ is a case in point: this track blends wordless vocals and shimmering sunshine-infused guitar work for a mere three and a half minutes: totally eschewing the slow build to crescendo template that so much post rock slavishly adheres to. There’s a remarkable restraint in place here too: the guitars themselves rather than the pedal-boards or effects are prominent. The clean guitar tones and the propulsive drumming are captured beautifully in room-filling sound once again by post rock’s go-to producer John Congleton.

So: do you need this record? Well, if you already have The Earth is Not a Cold Dead Place and a handful of records by bands like Do Make Say Think or Laura there won’t be much on Take Care, Take Care, Take Care that you won’t have heard before. However, if you enjoy the post rock sound and want to hear it played well, particularly by a band that uses the genre to create a positive and uplifting soundscape rather than the more common darker shades then you will find a lot to enjoy here. Take Care, Take Care, Take Care is the auditory equivalent of a strawberry ice-cream on a sunny day and, however many times you might have tasted one before, it still counts as a treat.