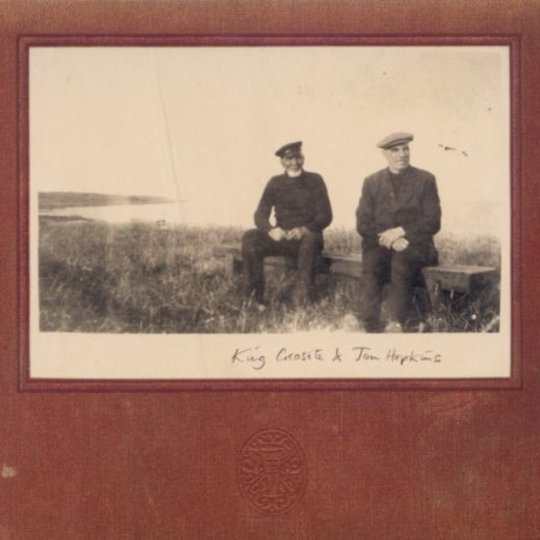 Diamond Mine, a collaboration between Fife singer-songwriter King Creosote and producer/Eno collaborator extraordinaire Jon Hopkins, describes itself as ‘a romanticised version of a life lived in a Scottish coastal village’. Does that mean we should expect the audio version of a Lynne Ramsay movie then, all grit and some bloke shuffling off the mortal plane, only for Samantha Morton to steal his manuscript and sell it as her own? Fortunately, this is a set of songs that transcends the clichés of concept albums, folk, electronica and being Scottish in one fell swoop.

Opener ‘First Watch’ is an atmosphere-setting piece rather than an actual song, the music sneaking in almost unnoticed while a woman serves customers. It’s the kind of woman who makes a point of appearing upbeat while her voice betrays a lifetime of disappointments. Not sarcastic, not bitter, just reconciled to knowing what the rest of her life holds. The LP is defined by that tone of voice - the one we’ve all heard at some point, all used ourselves at others, and never with any clue on how to make it better.

The first line of ‘John Taylor’s Month Away’, "I love to look out at the sea", reflects the album’s nature of constantly looking outwards from the inside, wondering what lies beyond the water and if it’s even worth dreaming about. With King Creosote positioning himself as the titular Taylor, comparing himself with the sailors who live at sea, the remark "A month on land/And then they’ll surely dream/Of girls they can afford/But cannot have" gives rise to the central viewpoint of the album's characters: that big dreams are all well and good, but they don’t pay the bills. In other words, the argument we’ve all had with ourselves at one time or another.

‘Bats In The Attic’, meanwhile, is the most obvious example of an attempt to romanticise everyday life. Focused on the joys of domestic banality that all relationships eventually settle into, the song paints the picture of a long-established couple finding themselves old before their time, stripped of all youthful folly in favour of comfort: “And no doubt it’s white flour in my diet that’s going to be the death of me/Sweet drum roll for those embittered big ideas” – or, where the mundane meets the sublime.

Elsewhere, ‘Running on Fumes’ details the dying days of a relationship defined by fighting, with brutal candour about the small, almost insignificant things left unsaid that bring it all crashing down: “And what do you mean/The hill’s not all that steep/When the gauge reads half a tank/ and yet you run on fumes for a week". And closing track ‘Your Young Voice’, with its repeated refrain of "It’s your young voice/That’s keeping me holding on/To my dull life/To my dull life” serves as a reminder that often, the only thing that keeps us holding on is the love of others and the need to be remembered fondly by them, even after we cease to notice.

Where the songs contained within Diamond Mine would otherwise be a simple set of standard folk songs, they are elevated to the highest level by Hopkins’ accompanying music, never displacing one genre in favour of the other and finding a higher ground for the two to become one. At seven songs, it’s never in danger of outstaying its welcome, and reveals a little bit more of itself at each encounter, just as people do.

It’s the best of folk, all lilting melodies, Celtic vocals and mullings about life as it happens in small towns. It’s also the best of electronica: elevated atmosphere and the introduction of something slightly off-kilter into the mix, highlighting the need to look outwards as much as inwards. The two together make magic: the songs don’t feel like they’ve been crafted, rather that they just floated, fully-formed, into existence. Like the people Diamond Mine talks about, the songs aren’t any one thing: they just are.

Us And Us Only (Deluxe edition)