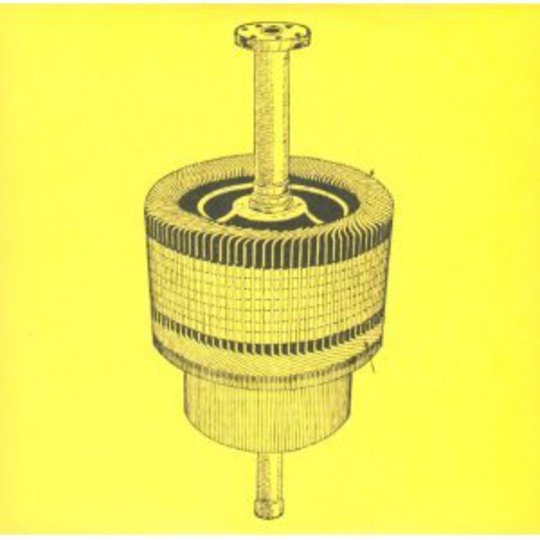 As an approach to making music, adopting the element of surprise produces some unwieldy results. On one hand, trouncing the expectations of the waiting masses, much like Thom Yorke’s sonic-shifting vagabonds in the early Noughties, can pay critical and commercial dividends, while developing an unprecedented sense of career autonomy. But, in a slightly sweatier, more nervous palm sits the likes of the Klaxons, whose mournful attempts at regeneration fell headlong into an abyss marked 'obliteration'.

The trick, so it seems, is to master the art of malleability; to sop up the sound of your surrounding environment without saturating it with try-hardy pastiche. Some bands get it. Some don’t. Either way, it’s difficult to oppose even the blindest stab at musical reinvigoration. After all, is there any more odious sight than a weather-weary rock star regurgitating album after album of three-chord ditties like Britpop never went away?

Over the past five years, Edinburgh based music/art collective Found have proved able purveyors of a curveball or two. Admittedly, their defining revelatory moment came from a more cultured pursuit than pure music – last year’s BAFTA-awarding winning sound project, Cybraphon, was a post-modernistic triumph that had high-brow art critics slavering like spaniels over a tin of Pedigree Chum. But Found’s penchant for glitchy melodies has brought its own occassions of eardrum-prickling bewilderment, particularly during 2007’s bleeping folk-sprawl, This Mess We Keep Reshaping.

Now residing in Glasgow’s Chemikal Underground stable, Found’s experimental meandering infuses album number three, Factorycraft. But rather than a zig-zagging, space-age ascent into the unknown, the trio of Ziggy Campbell, Kev Sim and Tommy Perman - newly culled from the five piece of old - have reverted to more basal sounds, rotating around wiry guitars, drum machines and Campbell’s laconic drawl. It’s as close to flat-out indie rock as Found have ever gotten. And, for a band so willing to take a progressive musical stance, it’s a bold, almost radical, move - but one that pays off.

What Factorycraft lacks in electro-contorting gimmicks, it more than makes up for in storytelling. The record’s threadbare structure pushes Campbell’s fuggy accounts of doomed relationships and dead-end towns to the fore, revealing a flair for magnifying the minutiae of life in Scotland's backwaters. His monotonal brogue is instantly arresting; the sparse guitar twinges running through opening number ‘Anti-Climb Paint’ creates a platform on which Campbell eases out deliciously introverted couplets like “my love comes staggered / dug-eared and haggard”.

This overt self-scything recalls Arab Strap’s more distressing moments and, in the quivering cold-hearted blows of ‘You’re No Vinvent Gallo’ and gut-wrenching farewell ‘Blendbetter’, definite strains of Messers Moffat and Middleton exist. But, Factorycraft isn’t built on the recycled remains of Scottish bands past. The record’s inner-working is a panoramic sweep that goes beyond local pastures: ’I’ll Wake With a Seismic Head No More’s nocturnal bass and matadorial guitar is pure Wire in aura, while ‘Machine Age Dancing’ breaks into sporadic ticks of mammoth Phil Spector-styled orchestration.

By moving in to relative orthodoxy, Found seem to have honed their experimental nous. Where once they would digress, here their ideas have a greater sense of cultivation. At times, the gamble doesn’t always come off – ‘Lowlandness’ is a heel-dragging bore, plodding along to a grind of stale, tepid rhythms with less pulse than a necrophiliac’s love interest. But, album highlight ‘Every Hour That Passes’ reinforces the band’s knack for nimble, genre-crossing cuts, penduluming between heart-swelling lament and calypso-blushed lollop.

As a band with a remit for pushing boundaries, Found are in strangely familiar territory. Sure, it may sound like a disarming shunt in direction, but Factorycraft challenges the notion that progress revolves around a spewing of effects-board wizardry. Much like kindred spirits The Beta Band once did, this is a band plugging the gap between pop finesse and esoteric art school gristle without reverting to gimmicks or cliché. And, for Found, that’s very little to be surprised about.