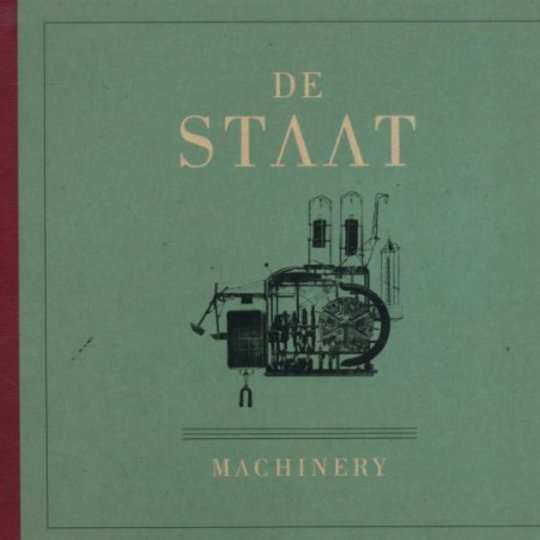 For anyone who’s ever tried it, it’s astonishingly hard to pretend to be something you’re not. It’s like continual method acting, only with no script or direction. Whether it’s trying to integrate with a mysterious group smoking Gauloises and discussing abstract art at university or attempting to impress that pretty girl at work reading Baudelaire, you can usually get away with a few well-rehearsed remarks, but before long you’re backing into a corner, sweating profusely and trying to explain away your confusion between Kandinsky and Nijinsk. It’s the same in music. If a band attempts to creep into a musical field that they haven’t at least tentatively spread their roots towards in the past or that they don’t have a reasonable understanding of, the results are typically shocking. For example, when Radiohead decided to go all electronica on our asses with Kid A, they had at least developed a genuine respect, understanding and careful appraisal that helps to cover their strides into No Man’s Land. Conversely, when Keane tried to go all Eighties electro-soul on us because it was simply a new direction and a backlash; the world simply vomited and went back to sleep.

Holland’s De Staat however, will have no such concerns. They’ll never try too hard. And thus, just like the kid in your GCSE class who never had to comb his hair because it always fell perfectly and just so happened to suit any form of clothing thrown at him, De Staat are effortlessly brilliant. Their second record Machinery showcases a flagrant and wonderful disregard of any particular pigeonhole, box or label. Their policy of flinging not only the kitchen sink, but also the water meter, the piping, and most probably the reservoir valves at songs works because De Staat know and understand their territory and quarry perfectly. And its sheer ease of movement suggests that De Staat weren’t trying to make friends with the cool kids in the schoolyard; they were the ones hosting auditions.

From the opening football bugles and Doctor Who psychedelia of opener ‘Ah, I See’ (a song Kasabian have summarily tried and failed to write on several occasions) and the addictive minimal clang-stomp of lead single ‘Sweatshop’, the template is set: if it sounds good and it’s coherently executed, it’s in. Though this scattergun approach too often results in angular, uncomfortable listening, the biggest compliment one can pay to Machinery is that despite its rocks and boulders, it flows with surprising chemistry and coherence: the dark Beefheart blues of ‘Old Macdonald Don’t Have No Farm No More’ comfortably snuggled with the sweeping pop echoes of ‘I’ll Never Marry You’. But it’s the record’s final third, when they finally lose any sense of making a vaguely sane record that the dirty fun really kicks in. ‘Psycho Disco’ and ‘Serial Killer’ are an absolute riot: a pure delight of dense excursions to Waits-town and Cave-ville, all full of smoke and industrial machines whirring. Only at the conclusion, the dragging epilogue of ‘Back to the Grind’ do they show any sense of fatigue, but by you’re your brain is politely asking for a rest anyway. The sheer invention of the record justifies its existence alone.

Essentially, De Staat belong in a weird, labyrinthine world of their own. They don’t sound like anyone else and they don’t want to. The greatest skill is the ability to filter out bullshit and construct something that has both intellectual value and wide-eyed, sweat-drenched, Bond-villain diabolism. There’s often a debate about the polarity of 'intelligence' and 'fun' in music; almost as if it’s impossible to cover both sides of the coin with one clenched fist. De Staat are proof that it’s perfectly possible.