Celebrity Come Down With Me 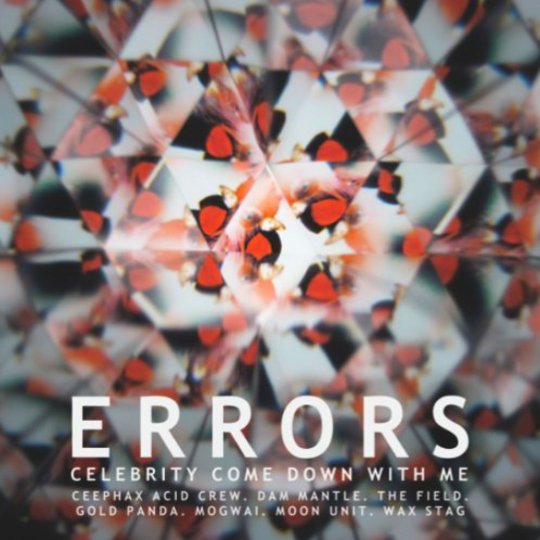 That Errors have chosen to release a remix album consisting of songs from Come Down With Me is a bit curious: it’s a whole lot of remixes all at once, all from the same album, and released relatively soon after the original record. Rather than a deconstructionist rerecording, the majority of the tracks are simple remixes, bringing in big names in electronica as well as a couple of indie rock bands. The songs of Celebrity Come Down With Me have less to do with the original artist than with the remixer; generally, the reworked song is going to appeal more to fans of Gold Panda, Mogwai, or Moon Unit than fans of Errors (and if there happens to be some overlap, bully to that).

The qualities of the originals are manipulated to take on the remixers’ preferred tones. If ever there were a way to easily compare how dramatically different interpretations of a song can be, it’s in the Field and the Twilight Sad’s takes on 'Bridge or Cloud?' For the Twilight Sad, the focus is on minimal static and the low, almost vocal-like echo, subduing the sharper synth and guitar edges. It’s soothing in a somewhat dystopian way, compared with the Field’s nearly 10-minute stretch of high energy mutations of synths and secondary beats which comes across carefree and optimistic.

For the most part, as the remixers employed predominantly (if not strictly) electronic elements, the organic instruments of Errors’ music have been jettisoned. Which is to say, beats, but few drums, and the guitars tend to sink to the bottom when they’re there at all. Many of the remixes are more atmospheric than the originals, stretching out textures instead of melodies, emphasizing rhythms and blips.

If nothing else, the spirit of Come Down With Me remains intact: There is that wonderful marriage of groove oriented electronica and scruffy indie rock. If the crunch and scrape of the guitars amidst the programmed components holds a significant appeal to Errors’ sound for you, they will be sorely missed. Fans of Errors may be more bemused than enthused about the celebrity takeover of Come Down With Me, but as a standalone electronica album, it’s worth your time.