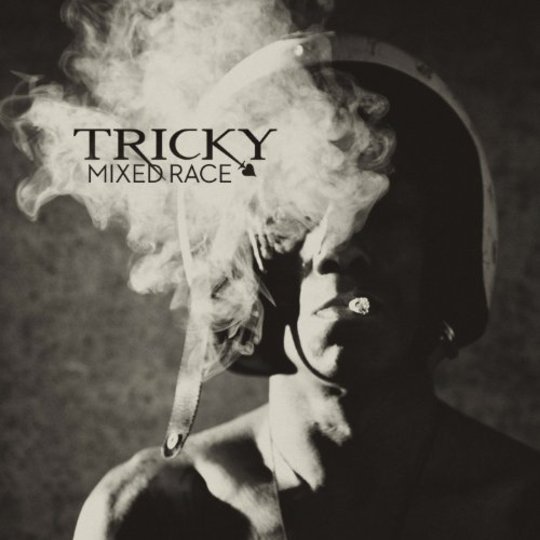 In contrast to the other members of the hallowed Bristol trinity, a new Tricky album can’t exactly be called ‘long-awaited’. The extended hiatuses between Massive Attack and Portishead LPs means that each one is always an ‘event’; releasing two or three albums in the time it takes his contemporaries to find the keys to the studio, each successive Tricky album from 1998’s Angels With Dirty Faces onwards seemed to have been greeted with an ever-smaller shrug from an ever-dwindling fanbase.

But whilst Tricky might have divested himself of the weight of expectation, there is still another millstone around his neck. 1995’s Maxinquaye remains one of the best debut albums ever, and the belief that Tricky would one day come close to matching it was probably what encouraged so many people to stick with him for a few albums, at least. It also explains why subsequent efforts were so wilfully difficult, as Tricky deliberately tried to distance himself from it. But you can only push and punish even the most devoted fans so far, and whether it was a look at his sales sheets or a genuine realisation that his music was much better enjoyed rather than endured, 2008’s Knowle West Boy seemed to show a Tricky invoking rather than exorcising the spirit of Maxinquaye.

Not that the two albums really sounded that similar on the surface; Knowle West Boy dealt more in the reggae, rap and two-tone sounds of Tricky’s youth rather than the otherworldly trip-hop he patented on Maxinquaye. But it did mark a return to the physical landscape of his debut album, rather than the dark psychic recesses he later explored. As with Maxinquaye – famously named in tribute to his dead mother – the autobiographical element of Knowle West Boy was made plain by its title, a direct reference to the Bristol housing estate where the boy born Adrian Thaws was raised.

So in naming his eighth album Mixed Race in another allusion to his heritage, Tricky seems to be returning to his old stomping ground again. But the comparisons go beyond nomenclature, since Mixed Race also has a cover version as one of its pivotal tracks, which reveals plenty about the differences between the three albums as well. Lead single ‘Murder Weapon’ is a cover of Echo Minott’s 1992 dancehall hit; yet where Tricky tore apart Public Enemy’s ‘Black Steel’ on Maxinquaye and Kylie’s ‘Slow’ on Knowle West Boy, here ‘Murder Weapon’ is much more a straight-up cover on what is the most straight-up album Tricky has produced.

Of course, ‘straight-up’ is still a relative concept when talking about Tricky, as is his claim that Mixed Race is his ‘gangsta rap’ album. A semi-autobiographical story based on figures from Tricky’s Bristol youth, ‘Ghetto Stars’ is penned from the perspective of a woman visiting her incarcerated lover, a role personified by Irish-Italian singer Franky Riley, who now fills Martina Topley-Bird’s shoes as the sultry foil to Tricky’s paranoid whispering. ‘Early Bird’ also rails against the helplessness rather than revelling in the gangster lifestyle, and Tricky’s own voice is entirely absent from the songs that trade hardest in braggadaccio – the cocksure swagger of ‘Kingston Logic’ coming from female Jamaican vocalist Terry Lynn, ‘London To Bristol’s call-to-arms delivered by his younger brother Marlon Thaws. As ever, Tricky himself seems more content in the background than the spotlight, largely playing second fiddle to Riley or leaving vocal duties to Bobby Gillespie for ‘Really Real’.

But whilst the lyrics once again blur the lines between Tricky’s personae, the music is in sharper focus than ever. ‘Every Day’ possesses the same voodoo jazz atmosphere as Tom Waits or Dr. John, whilst ‘Ghetto Stars’ has a similar cinematic vibe to Barry Adamson’s noir underworld. But most surprising of all is Tricky’s venturing somewhere near the dancefloor on ‘Kingston Logic’ and ‘Time To Dance’, which he says is the ‘closest I’ll ever get to disco’. Admittedly, it’s a dancefloor still smothered in disquiet, with Tricky and Riley stalking each other over a minimal beat and uneasy echoes. But even if ‘Time To Dance’ doesn’t quite ignite the desire to boogie it – like the rest of Mixed Race – awakens something else you might not associate with Tricky: a burning interest to hear what he’ll do next.