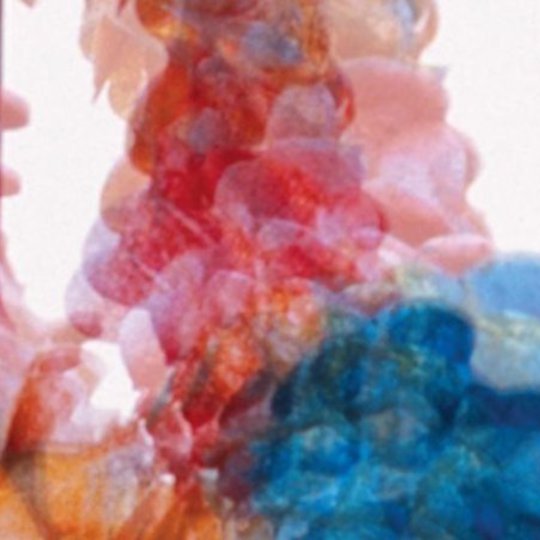 Fame, is a funny old game. Especially today, you never know exactly when someone is likely to pick you up, run with you and then cruelly drop you where you were left. As a result, it’s hard not to feel a little sorry for Swedish outfit Dungen. There they were, peddling their laconic, proggy, guitar solo-laden take on pyschedelia, when Pitchfork picked up their 2004 album Ta Det Lugnt and hurled it downfield like Tom Brady was doing all season long. Caught in the limelight, the band finding themselves playing Conan O’Brien and suddenly the toast of the American indie scene. All this, and without a single English lyric.

Naturally, the acclaim dropped off a notch or two despite two very solid and continually interesting records in 4 and Tio Batar, which saw the band refine their sound and smooth it out somewhat. Whisper it gently, but the band definitely proved they were a more ‘prog’ force than previously reckoned with, and the records bore as much resemblance to King Crimson as they did The Byrds. And now, Dungen bring us Skit I Alt, their fourth album after the watershed of Ta Det Lugnt. The funny thing is, that more I listen to Dungen’s records, the more it surprises me they met such acclaim. Theirs is an intensely cerebral form of psychedelia, certainly not conducive to reception by the indie masses. They might blend that most fashionable of late Noughties influences, The Beach Boys, into their percussion heavy, wandering and increasingly jazzy widescreen sound, but they don’t exactly have the hooks being plied by acts like Animal Collective around that time, and their pyschedelia feels simultaneously of a bygone era and somewhere far in the distance. My point is that Ta Det Lugnt wasn’t a bizarrely accessible blip, and Skit I Alt is representative of a clear inter-album lineage in terms of sound, influence and craft.

The end result of this rumination: they still stick out like the apocryphal sore thumb. The much commented upon album title (‘Fuck it all’) perhaps isn’t worth the deep investigation lent it by many a review thus far: Dungen have always done exactly what they like, but certainly Skit I Alt has a playful approach to boxy ‘genres’ and ‘influences’. Whilst opener 'Vara I Snabb' is a smooth opening; a woodwind floored hallway into the album, tracks like Hogdalstoppen are more freeflowing and fluid. Lilting piano lends the track an initially gentle appearance, but it builds deceptively into a maelstrom of barrelling percussion and freewheeling fuzzy solos. Like a tsunami wave, it’s only when it’s right over you that you realise how big it sounds.

It’s this maximalism that makes Skit I Alt really stand out: recent pyschedelic innovators have almost uniformly trodden a staunch minimal line, but Gustav Estjes is confident enough to let his band find their groove and then scrawl all kinds of tricks over the top of it. There’s the nearly entirely unmelodic soloing of 'Blandband', Indian raga patterns clattering against each other, whilst 'Soda' basks in lilting acoustics and sorrowful strings, all punctuated by that most unfashionable of instruments, the flute. There’s even a glimmer in the latter of what made Dungen catch the eye in 2004, Estjes's beautifully hummable vocal chorus submerged under watery percussion and more oblique guitar.

It’s the guitar that remains the Swedes' weapon of choice, despite the baroque indulgences. Whilst clarinet, flute, piano, strings and even female vocals frame the compositions beautifully, it’s when Dungen let the six string wander free that the album really shines. Whether wandering plaintively over the beautifully locked groove of 'Barnen Undrar', shimmering and fluttering on album closer 'Marken Lag Stilla' or delivering thumping hooks on Brallor, there’s plenty to admire here for those who like their solos unrefined and technically mindblowing. But equally, Estjes isn’t afraid to force the listener towards other elements of the Dungen sound: throughout the record the rhythm section is mixed deliberately high, and the subtle hiss of cymbal taps or distant thunder of tom rolls over thick, clean bass guitar is a constant presence. As noted before, Dungen aren’t minimalist purists, so those bored of hearing more rip offs of the motorik groove will find plenty of innovation in the understated work here.

Skit I Alt is definitely something of a return to form, in its own relaxed way, and once the listener has spent a little time with it, every performance and section becomes that little bit more tantalising. Estjes clearly is an avid jazz fanatic, and this is visible in the way the album values subtlety over brashness, in terms of both production and performance. If there’s a criticism it’s that the wave of technicality can wash over the listener somewhat: this is a record far from soulless, but it certainly has some challengingly hidden depths. As for the eternal question as to whether it will win the band even a modicum of the success that Ta Det Lugnt saw, it’s only possible to shrug one’s shoulders. Lightning might not strike twice, but fame just about could, given the bizarre nature it did first time round in Dungens case.