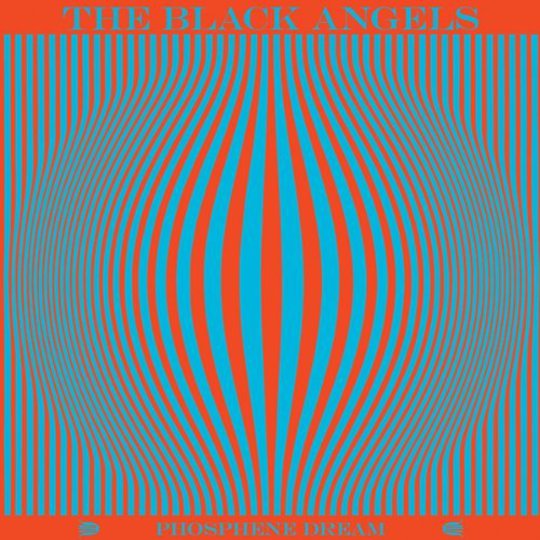 I know a lot of really great cover bands. Some truly fantastic ones, actually. Blissful teenage years of musical idiocy spent in suburbia resulted in an inordinate number of underaged and overintoxicated viewings of some of the finest and most terrible cover bands known to man. One in particular sticks out like a thorn amongst bad puns on Guns N' Roses: a cover band claiming to at once reinterpret and remain faithful to a bunch of Sixties garage psychedelics known as Nuggets. My naïve young ears having never heard such wondrous music before, the day after I immediately sought out a copy of a record that unbeknownst to me, can probably be credited with launching a thousand musical careers.

I imagine that each of the members of The Black Angels had a similar experience. Over their two previous albums, they married the fuzz-laden party angst of the Nuggets collections with a sense of impending doom familiar to fans of The Velvet Underground, The Stooges. The result was some ‘classic’ pyschedelic music, crawling out of the narcotic swamp dripping feedback and shamanic, lurching vocal performances. It wasn’t clever, but it very definitely sounded big.

Their third album, Phosphene Dream, has been greeted with some fanfare: mainly due to it being the first release on reincarnated legendary blues label Blue Horizon. This doesn’t appear to have phased the Texans, who wore their appreciation of the blues firmly on their sleeves prior to signing to Mike Vernon’s label, and Phosphene Dream is primarily business as usual: murky, gloomy and hazy, the musical equivalent of a valium hit.

Opener ‘Bad Vibrations’ is every bit the song its title suggests, a wobbling and ebbing intro of throbbing guitar barely making space for Alex Maas’s strained vocals, which throughout the record sound like they’re coming from somewhere down the hall, spreadeagled against a corner, deep inside some personal void. The sting, in this case, is very much in the tail, as eerily picked lonesome guitar segues into a brisk up-tempo motorik for the final quarter of the track. Granted, it’s neither rocket science nor re-inventing the wheel, but the best moments of Phosphene Dream categorically prove that The Black Angels are at their best when they just let things roll on by.

These moments number amongst them a stompingly anthemic title track that whirs out to a guitar twisted into the sound of muggy rotorwash, evoking thoughts of the original garage psychedelia movement’s opposition to Vietnam. The Sabbath-aping ‘Haunting At 1300 McKinley’; which sees fuzz briefly swapped for a crushing riff, is entertainingly blunt, but the pummelling ‘River of Blood’ perhaps steals the show. Sadly, the latter murder ballad, doesn’t make any reference to Enoch Powell, and lyrically, the band rarely stretch beyond snatches of beat crypticism and the odd snatch of political platitude (“Our President was dead to us / Hallelujah/ He takes his pills so he can kill / Praise the bible”). Not that that’s a problem: the delivery is uniformly well matched to the music and provides a crucial bit of treble to the sound. On the quasi-religious ‘True Believers’, Maas’s reedy tones are muezzin-like, clanging against 'Paint It Black'-style sitar and the dense hum of archaic electronics most admirably.

But Phosphene Dream does occasionally come unstuck, and sadly, none more so than when the band deviate from their template. Upbeat numbers like ‘Telephone’, ‘Yellow Elevator’ and ‘Sunday Afternoon’ lack the crunch of the rest of the record, and almost sound so breezy as to be a pastiche of their influences. ‘Telephone’ especially, with its cheery organ riff and catchy chorus, feels entirely out of place and off-key, the delivery making it feel like a piece of montage music from an Austin Powers film.

Phosphene Dream does little to disgrace The Black Angels, and further establishes their reputation as a solid and reliable, if occasionally staid, pyschedelic rock band. There’s a definite identity to the band on this third album, and its highest points are some of the highest of the band’s career thus far, but to this listener, the band lack the kind of killer edge displayed by newer challengers to the retro-rock throne, such as San Francisco’s Wooden Shjips. That said, if you like the influences clearly on display, there’s little to fault, and plenty of fuzzy swagger to bask in.