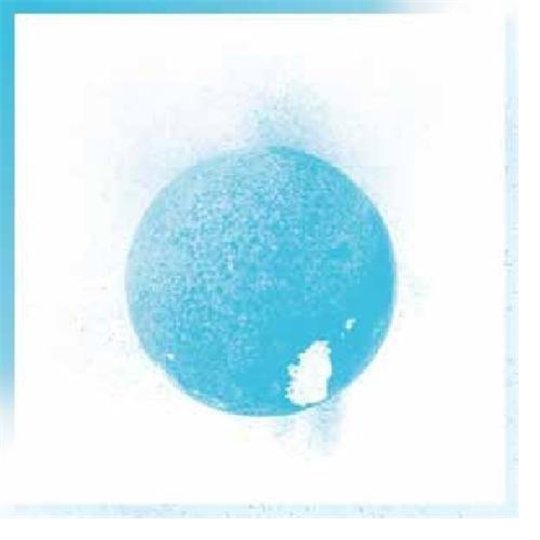 Just as London continues to lead the way in dubstep, or Brooklyn seems to spawn indie buzz band after indie buzz band, so Los Angeles can be considered the home of beats. While hip hop’s presence along the West Coast has long been celebrated, recently a new generation of beatmakers has been spawned, offering refreshing and original production. Almost all corners of the musical landscape have been covered; whether it is the diverse sonic adventures of Madlib, the acid psychadelia embraced by The Gaslamp Killer, or even the jazzy space opera found on Flying Lotus’ latest opus.

Where exactly, then, does Baths’ Will Wiesenfeld fit into this crowded spectrum? It would be easy to throw the vague blanket of 'chillwave' over Cerulean, a record which carries the same soothing instrumentation, albeit backed by hard hitting drums. For an album so rich with influences and that encompasses such a variety of sounds, however, the need for genre tagging seems more inane than ever.

What makes Baths stand out from the rest of the beats scene are the fine details and personal touches that colour each song. Alongside an array of traditional instruments, Wiesenfeld adds more unorthodox sounds into the mix: clicking pens, vocal samples, rustling blankets and scissor snaps all give the record a unique and organic feel. While it can be a difficult and dangerous game piling vocal samples into electronic music, Baths just about carries it off. Perhaps most noticeable are the children’s voices threaded into 'Aminals', injecting a childish quality into one of the album’s simpler, yet blissfully happy songs.

While Cerulean is dominated by lush arrangements, there is also a sadness under its surface. Take, for example, the mournful piano ballad “<3”, where Wiesenfeld sings of two lovers fleeing into the night. The track’s plodding piano melody evokes a strong sense of melancholy; it could almost be mistaken for Yann Tierson if not for the muscle of its drum pattern. 'Plea', meanwhile is even more overtly sorrowful; Wiesenfeld sings to a partner “love this is a dark world and I’ve lost focus,” before going on to reveal, “ you know I’ve given up, ‘cause we’re still not valid,” heavily suggesting at the pressures of a same sex relationship. When combined with contrasting moments of joy, these fleeting moments of sadness give Cerulean a depth of emotion rarely found in electronic music.

When this emotion spills over into Wiesenfeld’s vocals, however, the results are less strong. While the high-pitched moments on 'Lovely Bloodflow' just about get away with it, the grating sub-Passion Pit yelping over 'You’re My Excuse to Travel' makes the track a difficult listen. Fortunately there are only a few examples of this, as for the most part the singing is more reserved. Outside of the songs mentioned, highlights come when Baths resists his glitchy tendencies and simply rides on a beat for a while. 'Hall', for example, finds one of the record’s best melodies as it reaches its chorus, revelling in it through to the song’s finish. The other clear standout track is 'Maximalist', as Baths weaves an intricate web of distorted sound around banging boom bap drums.

Given the wealth and variety of great beats music currently coming out of L.A, it's remarkable Baths has managed to carve out a niche of his own. Cerulean is a collage of sounds that don’t all exactly fit together, yet as a record is loveable for its imperfections. It’s fitting that Baths should be signed to anticon., a label that is more concerned with realising individual visions than sticking to its roots in leftfield hip hop. As a result, Cerulean is an album bursting with ideas; a fact worth celebrating regardless of the rough edges.