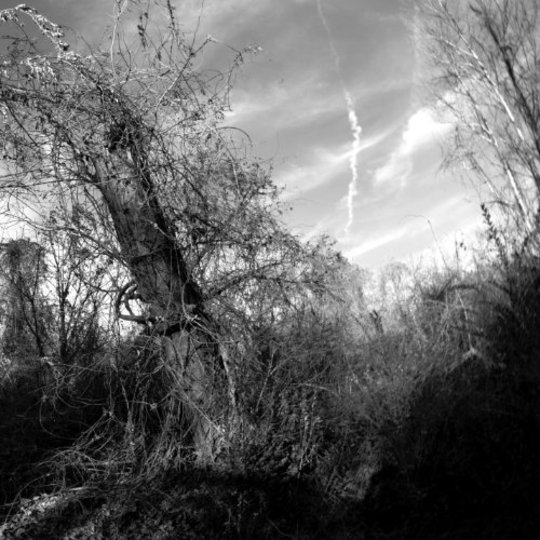 'Progression' is a bit of a weasel word when it comes to discussing the career arc of Harvey Milk. They first came into existence 18 years ago, spending eight of those years (1998 to 2006) disbanded, and in that time have released seven studio albums. Although said albums have demonstrated the Georgian sludge metal ensemble's eclecticism and genre-based gazumping of expectations, it's hard to mull over Harvey Milk's catalogue and conclude that they have matured or evolved or, yes, progressed in any obvious and linear way. Perhaps this is why A Small Turn Of Human Kindness, their seventh album, takes its title from a track on their first full-length release albeit second recorded, My Love Is Higher Than What Your Assessment Of My Love Could Be from 1994. It's not that they are Ramonic in their monomania, by any means, but there could be a message imparted that despite becoming a critically approved and presumably not wildly unprofitable band now, they are in essence the same band as the sarky early-Nineties youngsters from the Athens rock scene.

A relatively brief 37 minutes, A Small Turn... has seven tracks; the first title merely reads '*', as in an asterisk, and the remaining six all begin with 'I' and, taken together, appear to constitute a multi-part confession of fear and guilt. Moreover, there are no designated gaps between songs, aside from what the CD's programming or vinyl's cutting has dutifully allowed. So 'I Am Sick Of All This Too' plods with a thunderous mood, like a man forced to walk home from town in the pissing rain; its most pronounced riff sounds curiously like a slowed-to-flatlining take on 'Dracula Mountain' by Lightning Bolt. The arrival of this riff denotes a minor upturn in tempo, but it's frontman Creston Spiers' glum howl, "I am sick of all this too / But what am I supposed to do? / I know this is no place for you," that signals the baton being passed to the next track, 'I Know This Is No Place For You'. It's a shade confusing, but it serves to keep the listener on his toes as well as aiding a more immersive listening experience.

The specific cause of Spiers' anguish remains largely elusive throughout - fleeting lyrical excerpts like "What kind of father will I make / When the baby comes?" (from 'I Know This Is No Place For You') act, if anything, as red herrings in attempts to journey to the centre of the muddy and disturbed psyche implied by A Small Turn.... The anguish, though, is tangible, despite - perhaps because of - his increasingly ugly and Cro-magnified vocals, which give Harvey Milk a punk edge. On 'I Just Want To Go Home', his tranq'd-bear bellow seems to hail the sort of punk corrupted by Flipper, Kilslug and Drunks With Guns. Which is a good look. It's but one of HM's masks, however; while it's not an enormous step to prime Seattle grunge from there - the spate of soloing on 'I Alone Got Up and Left' would do Soundgarden's Kim Thayil proud - the ice-covered European synths which underpin 'I Know This Is All My Fault' are not often found lurking this close to dumbo punk stylings. It never seems like they're overstretching themselves, that said.

The channelling of Brian May about four and a half minutes into 'I Did Not Call Out', the last number, is about as close as HM come to revisiting their glorious, horny-handed take on electric blues-rock - ZZ Bottom, you might crudely pun - as demonstrated on most of their previous full-lengths at one point or other. Their last studio effort, 2008's Life... The Best Game In Town, used it to permeate the pummelling most effectively. The difference between Life... and today's subject is that Life... was a fun album: not one you'd likely throw on at a party, but sounding fiendishly greasy and beery in the main. A Small Turn Of Human Kindness really does sound like some bad shit has gone down. To this end, you have to assume HM have succeeded in their intentions, although they tend to be sardonic and inscrutable by design. Insofar as the band most certainly do not answer to you or I, you have to acknowledge that they have once again created something unencumbered by outside pressures - much like the new album by the Melvins, generally considered Harvey Milk's biggest influence. You're still allowed to miss those moments of proto-metal orgasm, though, even if it won't bring them back.

Flight Of The Conchords at Wembley Arena, London, Tue 25 May