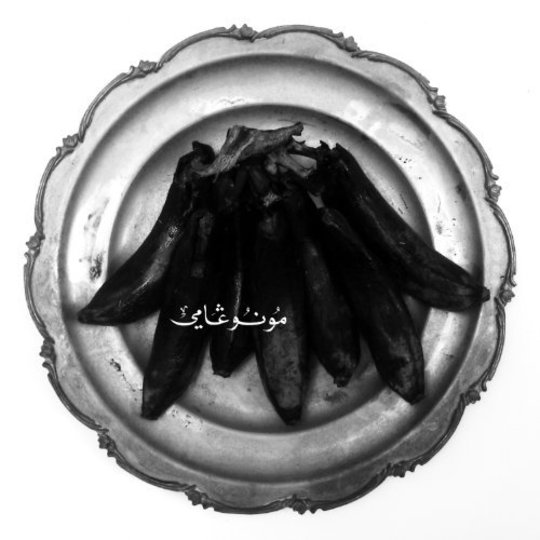 I think it’s fair to assume that Sam Shalabi, the composer at the centre of Montreal’s Land of Kush, is not a fan of rom-coms. If you’re going to release an experimental record entitled Monogamy, exploring the concepts of sexuality and shame via the medium of dark, semi-improvised music then you’re probably not going to buy into Richard Curtis’s conception of a world where Hugh Grants and Colin Firths bumble about haplessly searching for true love. Not that this is such a bad thing; while it might to be fair to say that the romantics out there are behind the best pop songs, you can’t beat the darkness, confusion and disillusionment true love elicits for a source of musical depth and intrigue.

And, in the most positive way possible, confusion seems to be the apt word to use to describe Monogamy, an album which is, in a very literal sense, all over the place. Shalabi may have dubbed his 23-piece ensemble the ‘Egyptian Light Orchestra’ for the purposes of this second release, but the album’s influences and source material are wider reaching than this geographically specific moniker would suggest. Sure, there are elements of Middle-Eastern folk in there, as you’d expect from the title, but these are fighting for prominence amongst a heavy dose of Western free-jazz, drone and psych-rock.

This eclectic approach to musical composition is matched in the record’s varied sense of mood and tone, which ranges from dark, jarring and occasionally unpleasant to minimal and fragile to majestic – often in the space of a single track. ‘Scars’ does exactly this across its 17 minute duration, gradually building around a repetitive psychedelic groove before dropping out into a jazz vocal solo and eventually ending on a slow, droning cello part. This is quickly followed by ‘Boo’ a four minute clarinet and bass improvisation based elements of the previous track. ‘Fisherman’ is probably the LP’s highlight, slowly building to a crescendo that is the album’s most majestic and most aurally pleasing moment.

On the one hand it’s impressive that Land of Kush manage to successfully squeeze so many elements into a 66 minute album. What’s more impressive, however, is that the end result is a surprisingly coherent and thematically consistent record. If the album is thrown all over the place by its eclectic use of genre and mood then it’s drawn together by Shalabi’s ability to consistently combine experimental electronic elements with traditional instrumentation - a technique borrowed from the more interesting end of 20th century classical composition. The subtle, glitchy noises that appear in amongst the compositions add texture to the more minimal moments of the album and are often reminiscent of fellow genre-bending composer Nico Muhly.

Yet the most prominent use of electronics throughout comes in the form of a computerised voice, referred to in sleeve notes as ‘Junior’, that appears reading increasingly graphic selections pornographic material (and when we say graphic we mean it, this is real NSFW stuff.) This does more than add shock value; the monotonous, electronic voice serves to suck any meaning out of its content, acting as a counter-point to the organic tones of the musical elements. It’s an interesting trick that successfully allows Monogamy to remain thematically consistent despite its mish-mash of elements.

If there is one element that lets Monogamy down then it is the varying quality of the vocal performances; by using contributions from a variety of different female vocalists the record lacks consistency in terms of lyrical content and the vocal parts rarely match the quality of the instrumentation. Yet this isn’t enough to dampen what is an undeniably unique record.

Monogamy’s wild eclecticism may mean that is too varied to reach the heights of true greatness, and in terms of its exploration of its subject matter it comes nowhere near providing any conclusions in terms of tone, or its bafflingly cryptic, often explicit lyrical content. Yet the album never falls short of being, at the very least, sonically fascinating and if nothing else it serves as a reminder of how great it is that Constellation Records exists as an outlet for this kind of out-there, experimental LP.