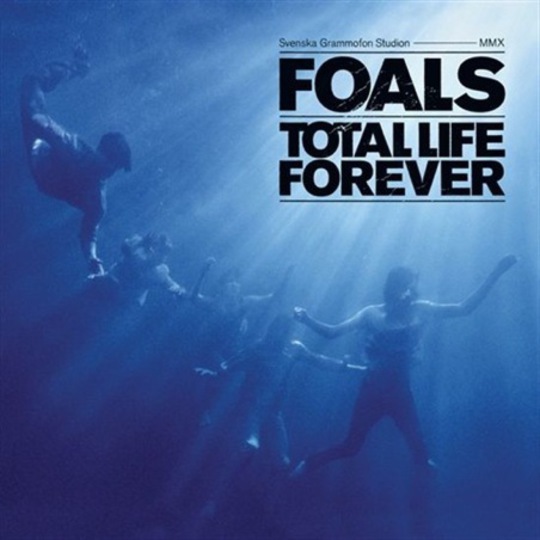 Since the moment they uploaded a bold draft of first single 'Hummer' to their MySpace page almost four years ago, Oxford five-piece Foals have boasted an extraordinary confidence. From discharging Dave Sitek as producer of their first album, Antidotes, to frontman Yannis Philippakkis' Angry Young Man-esque onstage swagger, they have insisted on doing things in an 'our way or no way' style. But their instant endorsement by the yooth music media worked both to their advantage and detriment – at the same time as teenagers up and down the country were scrambling to book them for their famed houseparties, an equal number of jaundiced critics were dismissing them as a flash in the pan, as yet another angular-sounding band of haircuts with arty pretensions. And, in planning their second album, Yannis, Ed, Jack, Jimmy and Walter have been a long time absent from the current scene, which changes with the tide – something sceptics who've got them down as a 'fashion' band would think unwise.

Foals don't really care about any of that, though. As the press clamoured to label them with every 'now' tag going, they somehow remained imperious – and, with Total Life Forever, they've turned out an album that simultaneously extends the itchy, agitated blueprint of Antidotes and tramples all over the reputation it ended up earning them.

This record is not going to bowl you over immediately. It's not got the immediate clout of Antidotes; and it's not one to spin when prepping for a party (it's actually kind of a downer, apart from 'Miami', which kills). But if you work with it, something really ghostly happens. Songs that seem, on first listen, to be aloof and distant – album opener 'Blue Blood', 'Black Gold', '2 Trees' – begin to change shape, to fuel up and magnetise. 'Black Gold' is especially deceptive; what you initially dismiss as a mid-paced chug-a-long becomes, on return visits, a torrent of conflicting emotions, Yannis howling his typically talismanic lyrics over the top of a distressed mess of guitars and a big, gaping vortex of negative space. It somehow intensifies the album's claustrophobia even as the music itself becomes more unhinged. The last half of '2 Trees' does the same, the sensible set-up of its first three minutes spinning dizzily out into a galactic play-off of guitars, helicoptering drums and machine malfunctions.

It's a pattern that repeats and repeats. Each track is two-faced, starting out as one thing and ending up another – and it can happen in a split second or in precise, coolly calculated stages, like with 'After Glow': its tepid beats are subjected, step-by-step, to an expanding range of paranoid noise (flat, abrasive blasts from somewhere down in the bass; weird, monastic “woh-ohs” from the rest of the band). In fact, the layering throughout the whole record is really quite masterful – for its fear factor, 'Alabaster' is almost on a par with first single 'Spanish Sahara'.

But it's 'Spanish Sahara', with its cantilevered middle and ruinous end, that remains the most powerful – the more you listen to it, the more crippling it gets. There's just something so chilling about the way the blanched, blind pulse of the first verses gives way to that sputtering guitar and those rippling electronics; something so odious about the way Yannis enunciates his stalkerish refrain, predatory and fatigued at the same time – “Forget the horror here, forget the horror here, leave it all down here, it's future rust, it's future dust”. Brr.

The meandering title track and the second single, 'This Orient', work the least well – the stultifying atmosphere of the album at large is kind of compromised by their relative sunniness (and the former's awkward mantra about “singularity”). But they're really the only duff moments amid an otherwise complex record of spooked, febrile songs that grow more obsessive and mutated with every replay. Where Antidotes had blitzkriegs, Total Life Forever has drawn-out hypnoses; where Antidotes was furious and muscular and destructive, Total Life Forever is quiet and sinister and inconsolable. In the end, it's kind of neat that, of all bands, Foals – who started out as the go-to guys for indie club bangers – should produce an album as creepy, involving and provocative as this.