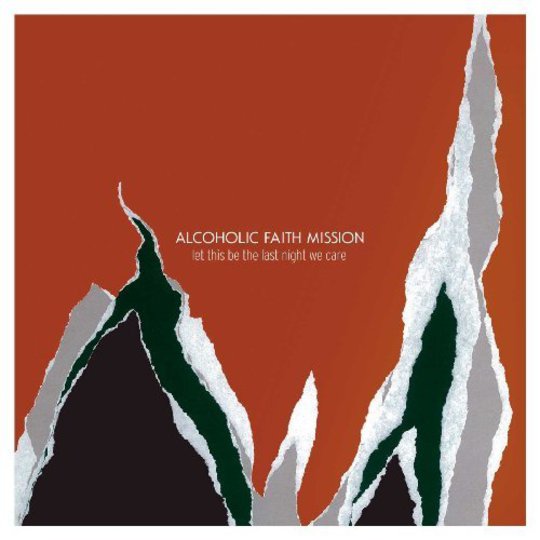 Some records have a sense that the immediate physical surroundings in which they were recorded have shaped the sound itself; that the ramshackle hut to which Bon Iver retreated for For Emma, Forever Ago was almost as responsible for that album’s air of rustic fragility as Justin Vernon’s confessional lyrics say, or that the hushed atmosphere of Cowboy Junkies’ The Trinity Session wouldn’t have felt quite so devotional if it hadn’t been recorded in The Church Of The Holy Trinity in Toronto. This was literally true in the case of Alcoholic Faith Mission’s last album 421 Wythe Avenue, given that ex-pat Danes Thorben Seiero Jensen and Sune Solund set themselves strict rules that any sound could only be generated by objects found within the Brooklyn loft which gave the album its name. And in some senses, the tiny bedroom in Copenhagen where they made 2006’s debut Misery Loves Company also left an indelible mark; if only because the fact Jensen and Solund recorded it entirely by candlelight seemed reflected in a sound which felt like squinting through the gloom at the shadows of other bands such as Smog, Tunng and Iron and Wine.

Then again, focus has always been an issue for Alcoholic Faith Mission, even when it comes to their name. The story goes that an inebriated Jensen and Solund were wandering the streets of their adopted New York home when they happened upon a neon cross emblazoned with ‘Apostolic Faith Mission’, words they drunkenly misread as Alcoholic Faith Mission and appropriated for their band – even if Dyslexic Faith Mission might have been more accurate. As a backstory it has many of the Bukowskiesque themes of the band’s lyrics, but Let This Be The Last Night We Care actually sounds more like they were wandering pissed around Montreal and fell over a copy of Arcade Fire’s Neon Bible rather than a neon crucifix. For Alcoholic Faith Mission’s third album has much more in common with their Canadian counterparts like Broken Social Scene – and most obviously Arcade Fire – than it does with any band they've share a Brooklyn zip code with. That’s not just because they’ve increased their membership – with fellow Scandinavians Kristine Permild, Laurids Smedegaard and Gustav Rasmussen now joining Jensen and Solund full time – but also because the expansion in personnel has been matched by an encompassing expansion in scope. Freed from the self-imposed restrictions of their earlier works, tracks like ‘Should’ve Left Before She Woke’ and ‘The You, That You Could Use’ swoop through the clouds; the former through banks of fuzz-frazzled guitars and buoyant whoops, the latter spiralling back down in a tailspin of brass and s psychedelic organ. ‘Got Love? Got Shellfish!’ meanwhile has the same rollicking drumbeat as Arcade Fire’s ‘The Well And The Lighthouse’ before Jensen and Permild’s call-and-response chorus of "I get love / from everyone but you", his gruff slur and her cutesy tones making it more closely resemble a duet between Micah P Hinson and CocoRosie.

Yet although their music now flies towards the sky, most of Alcoholic Faith Mission’s lyrics remain resolutely grounded in the everyday; the only real hint of religious reverie coming in ‘Education’, and even then they admit that "broken wings hold us down". But elsewhere it seems to be rocky relationships and their ongoing predilection for the odd tipple that’s keeping Alcoholic Faith Mission down to earth, particularly when they’re yelling "caught you in the act / you’re so devious!" with all the rancour of Wayne Bridge berating John Terry on ‘Should’ve Left Before She Woke’, or are sat in the bar at last orders contemplating tomorrow morning’s painful hangover on ‘Sobriety Up And Left’. In truth, Let This Be The Last Night We Care sometimes seem as muddled as the aftermath of an epic drinking session, due to Alcoholic Faith Mission occasionally mixing too much together and not knowing when to curb their excesses. But there are also enough moments of clarity to ensure that they never completely fall between the two stools of folk and post-rock upon which they’re sat propping up the musical bar.