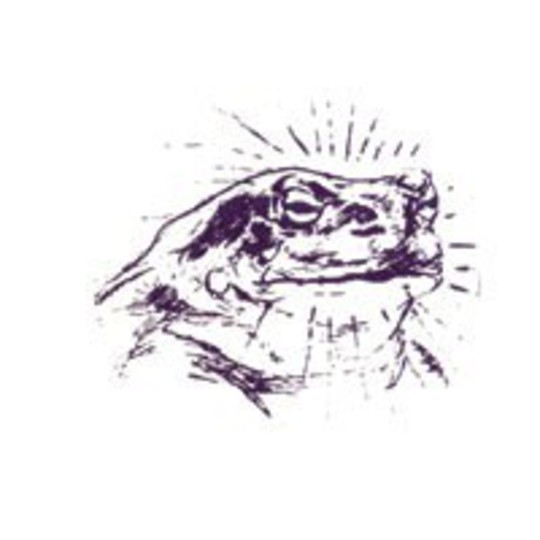 If ever there was a more fitting epitaph for Philadelphia's Bardo Pond than 'right place, wrong time' I've yet to see it. Born out of an intrepid desire to create hallucinogenic sounds inspired by chemicals and other substances against a tidal wave of the music of the day (grunge, college rock, Britpop), it's hardly a surprise that despite crafting dozens of musical pieces - we wouldn't be so churlish as to simply dismiss these creations as just 'songs' - it took four years from their inception in 1991 for a small independent label, Drunken Fish, to stick their heads above the parapet and release their debut long player. And even then two years had passed since the band had initially started work on it.

You see, Bardo Pond are no ordinary band, and in turn Bufo Alvarius, the aforementioned opening gambit of Bardo Pond's extensive career, is no ordinary record. At almost eighty minutes in total across its nine tracks - one of which, 'Amen 29:15', actually lasts as long as the title suggests, just forty-five seconds short of a full half hour. Normally such an exercise in longitude would be seen as something of a test of endurance. Here however, such audacity makes for an enthralling, compelling listen, not to mention single-handedly diversifying the whole post-rock blueprint as a result.

Named after a venomous species of toad, Bufo Alvarius didn't just stand out like the proverbial sore thumb when first released 15years ago, but actually sounds wholly unique today, its only close compatriots probably being White Hills' Glitter Glammer Atrocity or Earth's The Bees Made Honey In The Lion's Skull. However, where both the former and the latter proffer power and sound expansion over tenacity, Bardo Pond are one of those outfits where the adjective 'experimental' genuinely means what it says on the tin. Using a variety of instruments, looped passages, dialogue and incidental noises, the Philadelphia six-piece have generated a record beyond any kind of genre-specific description either then or now, whilst laying the foundations for the six long players and countless singles that succeeded it.

Even from the word go, or in this case 'Adhesive', Bufo Alvarius states its intentions bluntly, Gregorian style chants intermittent with layers of guitar-induced noise that possibly only Godflesh had the propensity to unravel at the time, thickly distorted bass eventually drowning out every sound around it before the song's conclusion. 'Back Porch', meanwhile, reveals an altogether different side to Bardo Pond's make-up, flautist-cum-vocalist Isobel Sollenberger's primal scream cutting through shards of reverb and white noise in a similar fashion to Th' Faith Healers Roxanne Stephen on 'Gorgeous Blue Flower'. Indeed, this is perhaps the closest Bardo Pond get in terms of a conventional song here, as the sparse, percussion heavy 'On A Side Street' and cacophonous bombast of 'Capillary River' both reveal a band still seeking their own identity, albeit in a spontaneous rather than structured manner.

Despite Sollenberger and fellow vocalist Michael Gibbons' seamless duet on 'No Time To Waste', the vocals for the most part remain inaudible, buried succinctly under an opulent den of sleazy riffs and brutal elegy. Both 'Absence' and the closing 'Fixed' - the latter an addition to the original pressing - suggest one of the main inspirations for Bardo Pond's existence, certainly at this point, were undoubtedly Sonic Youth, both displaying the main characteristics of the New York foursome down to the fractured and detuned breakdown of 'Absence' and Sollenberger's cooed Gordonisms on both. 'Vent' meanwhile pays homage to My Bloody Valentine's Loveless, its venerated guitar loops segueing into a maelstrom of white noise before the final third.

Perhaps now the most distinguishing quality to Bufo Alvarius is just how timeless it feels, proof that when applied in a conducive state, the drugs most certainly do work.