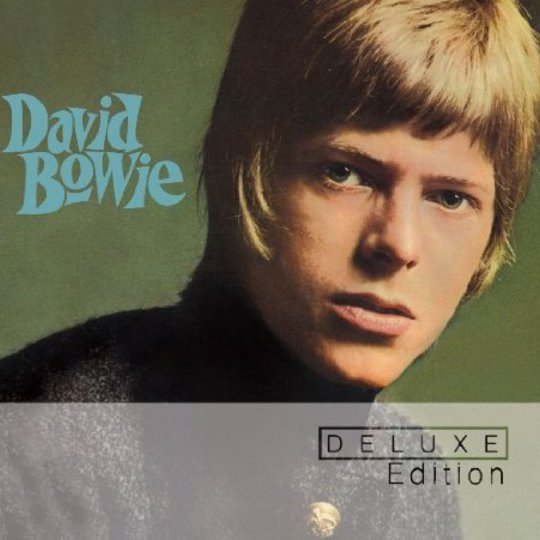 There’s a scene in Todd Haynes’ Velvet Goldmine in which the longhaired, velvet-gowned, and generally David Bowie-like 'Brian Slade' is playing morose folk-rock at a festival to two swearing men and a dog. Later on, passing by the stage where the Iggy-character (with a dash of Lou Reed and Kurt Cobain) is giving the audience the abuse, he’s dazzled, and complains “Why didn’t I think of that?” Recognizing the glam superstar and arch-appropriationist he’s destined to become, his wife replies “You will.”

In fact, Haynes skims over what Bowie-fans know as 'the Laughing Gnome Years', assigning them to an entirely separate character (Jack Fairy), who grew up with the quaint (and camp) tradition of English music hall, as well as assigning him the anecdote that “when I heard ‘Tutti Frutti’ I heard God”. So, is David Bowie (1967), made by a 20 year-old fan of Elvis and Little Richard, worth re-visiting, or is it the work of an entirely separate Bowie to the one(s) we know and love?

The first thing that comes across is that this isn’t a rock’n’roll album. Opening track ‘Uncle Arthur’ sounds exactly like a musical skit by the Bonzo Dog Doo-Dah Band (who, at their best, anticipated the Beatles and Roxy Music in their psychedelic years), but doesn’t deliver the comic punchlines that would inspire Monty Python. Plus, lines like “Jack Frost ain’t so cool…” (‘Sell Me a Coat’) and “don’t be afraid of the man in the moon / cos it’s only me!” (‘Love You Til Tuesday’) suggest that the young Bowie might be the butt of jokes by the Mighty Boosh, albeit affectionate.

‘Rubber Band’ epitomizes Bowie’s attempts to locate a British surrealism; problem is, his lyrics hinge on weak puns (“rubber band! I wish I could join your rubber band / we’d play shows across the land…”). The tunes are bright, jolly, but pitted against contemporary singles by, say, The Pink Floyd [sic], Bowie takes few risks and the crucial difference is that he has to push his faceless session musicians hard to squeeze any individuality out of them; his own vocal stylings are fully-formed, but in context can sound like frustration. The only track to use dissonant sounds, and disorienting pitch-changes, is ‘We Are Hungry Men’, an Orwellian satire that throws in cannibalism and abortion, anticipates the Thin White Duke years, but comes across too confused to be provocative.

Still, by the end of Disc 1, you’re laughing with Bowie much more than you’re laughing at him. ‘Come and Buy My Toys’ nudges Donovan’s folk whimsy a notch to the creepy; ‘When I Live My Dream’ sums up the whole decade in the line “baby, I’ll slay a dragon for you”; ‘Join the Gang’ crams the history of the Rolling Stones into two minutes (to the tune of ‘Let’s Spend the Night Together’). It’s on B-sides like ‘London Boys’ and ‘Gospel According to Tony Day’ (both on Disc 2) that Bowie invents Blur, while massive chunks of the notorious ‘Laughing Gnome’ turn out to have been stolen by Belle & Sebastian for ‘Slow Graffiti’. Ultimately, a deluxe re-issue does little to challenge the orthodoxy that Hunky Dory was the first great Bowie album, and casual fans can be forgiven for not venturing as far back even as Space Oddity, but this is essential listening for anyone who likes the Boosh, the Conchords, and Austen Powers.