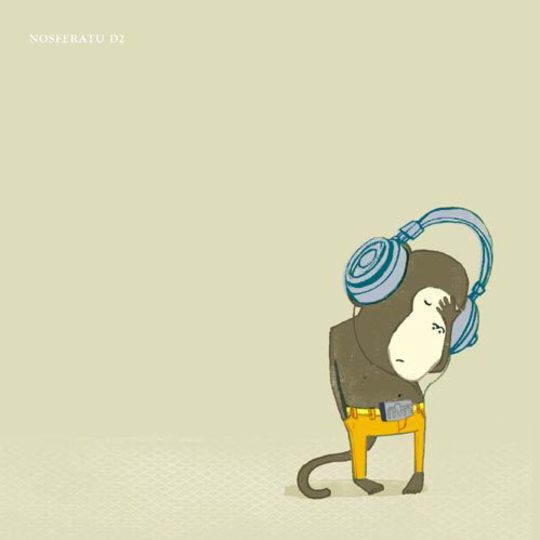 Posthumous releases have always been big business, the record label / management / hangers on desperate to make final bucks with records the star wouldn't have sullied their brand with. New Jimi Hendrix offcuts are due soon, and Tupac has now released more albums since his death than he did whilst he beefed with Biggie. And so now we have a debut record from a band who split up over two years ago. This ain't no cash in though. An enterprising man has set up Audio Antihero, and self funded the release. Perhaps it's the kind of people our desperate, dying music industry needs. Perhaps it's foolhardy.

Whichever, the worthwhile nature of the release of the only album Nosferatu D2 ever made is difficult to question. From the rumble of bass opening 'Broken Tamagotchi', to the faded out chant of “It's Christmas time for God's sake”, this is an assault. The guitars and the drums resent each other, trying to pull apart from their time locked rhythms, and being forced back together by sheer will and menace.

The album title says enough. Isolation from everything, and a world weary resentment towards the world. There's something of The Fall in the attitude, and the tumbled out stream of words that flood songs. The words spray out of Ben Parker's mouth, faster and faster til they stumble off beat. You can feel the spittle through the speakers. At one point 48 words are crammed into a nine second burst – a rush to spill the dark, dank feelings that linger in a cave in everyone's subconscious.

The instrumentation is as brutal as anything – a guitar, and some fine world cup drumming by Adam Parker. Zac Hella is duly summoned up. In the liner notes Ben writes “We always had very little in common with other music.” It's hard to disagree, with the dissonance between the almost spoken vocals, raw guitars, and the aforementioned drum rattle. The cruising guitar of 'Springsteen' is gentler, but the lyrics target all, shooting invective at the band's home town of Croydon, the NME, Wetherspoons. Other times it turns inwards, to defeatist sentiments: “I'm tired of feeling sick / Of all the things that make me tick.” There is a deep depression sitting in the centre of We're Gonna Walk...

The copious pop culture references – to the Mojo Top 100, Turin Brakes, Wetherspoons, Barbara Windsor – try to bring some weak light into proceedings. Gareth Campesinos! has championed this record, and the lyrical inspiration on his writing can be felt. Sample: “I read it in a magazine picked up at random from the station floor / Moments before a crowded train derailed six feet away / Six people died six feet away.” The lines could easily be substituted into any darker moment from a Los Campesinos! record.

On 'A Footnote' the brothers write a pre-emptive band suicide note “Every band I've ever loved / Has let me down eventually / And the worst album / Will always be the last one.” We're Gonna Walk.... leaves a benchmark and a unique placer in history. Ben now parlays around as Superman Revenge Squad – yet it doesn't match up to this. It isn't trying to, because it can't. This was some kind of alchemy, not to be repeated – a mix of tension, bitterness, and a way with lyrics that no one has, or will, match.