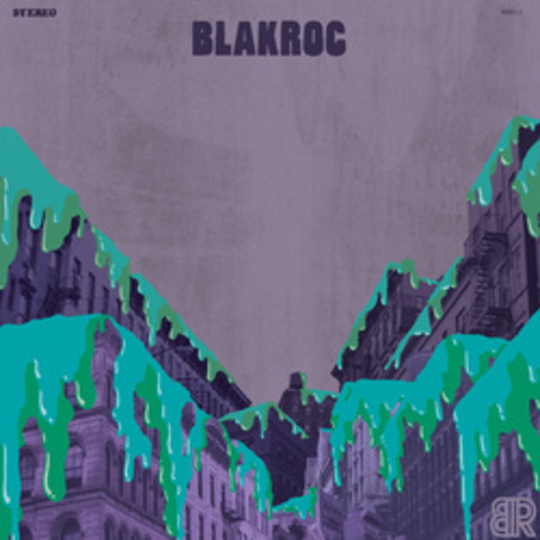 What is striking about Blakroc is the heavy hitters involved; both metaphorically and musically. Names like RZA, ODB, Mos Def, Raekwon and Pharoahe Monch smack the eyes scanning the tracklist. The Black Keys supply sonorous psychedelic grooves and the rappers involved tear at them like a wrecking ball, as if facing down a challenge implicit in the huge riffs surrounding them. The rock/hip-hop crossover is nothing new; Run DMC famously laid out the blueprint for how hip-hop could make its connection with rock music explicit. A generation later Cypress Hill found the bounce and drama which had become fashionable in hip hop would mesh well with the new strains of heavy metal. Whether or not you felt that the efforts of B-Real and co eventually teetered over the edge of self-parody, there was no denying the explosiveness of their approach, smashing together the anti-social tendencies of rap and rock and committing the fall-out to wax. If it’s all the same to you, I’m gonna go right ahead and skip past the contribution of Limp Bizkit and all the goons they inspired, to focus on the now; where Blakroc are taking things weird.

On track 1, ‘Coochie’, Ludacris teams up with Old Dirty Bastard, who posthumously contributes an unreleased rhyme which producer Damon Dash suggested would work well with an instrumental the Keys had written. ‘Coochie’ is a manic paean to a woman with beautiful bits: “Slide out ya clothes and baby take off your shoes, that coochie got me so confused that I don’t know what to do” being the central refrain. Few rappers can talk-about being pussy-crazed with as much conviction as ODB, and while Ludacris does a decent job of keeping up with the drug-guzzling legend, ODB’s manic rasp is so desperate it drips with pseudo-stalker intent, demolishing the surroundings. When he says: “Bitch, I’m Dirt McGirt, fresh out and back on the scene, and don’t you ever in your life turn your back on the king,” it only takes a short leap to imagine the red-eyed stare accompanying the words.

Explosive start, but every so often listening to Blakroc incurs the sense that the adherence to a garage rock template is too rigid to allow the impulsive swagger of great rap performances to develop. The psych guitars/organ and the rhymes occasionally feel like faintly uncomfortable bedfellows, both technically good but somehow not quite gelling to become more than the sum of the parts. The two massive exceptions are the tracks from Mos Def and Raekwon, ‘Vista’ and ‘Stay off the Fucking Flowers’ respectively. It’s no surprise that two of the heroes of a pretty lean year for hip-hop should shine here too. Mos Def brings his varied-tone flow and intelligent wordplay to ‘Vista’, injecting some Mulholland Drive weirdness into a gaze through an apocryphal L.A-like cityscape at night. The soloing from Dan Auerbach on this one is excellent too, recalling ‘Spiders (Kidsmoke)’ by Wilco in its strangulated phrases.

Auerbach has said of the recording process for Blakroc that Raekwon was the most exciting artist to work with because he thinks like a poet. His description of the Wu Tang alumni going glassy-eyed halfway through a take in the studio seems entirely plausible after one listen to ‘Stay off the Fucking Flowers’. Raekwon doesn’t so much stamp his personality on the track as carve his name onto its forehead. He glides over the jazz-tinged beats, conjuring the spirit of a jaded private eye chronicling the human trash on his streets. From the minute the distant siren wails at the start of the track he’s out of the traps spitting tales of bling, drugs and dishonour among thieves.

The idea behind ‘Blakroc’ is great, and although none of the impressive ensemble involved really let themselves down, sometimes the record feels defined by a compressed time frame in which the players could converge. If a little more time was afforded, perhaps more of the tracks could have risen to the heights that Mos Def and Raekwon scaled. Hearing rappers coming from this musical sphere is a refreshing novelty however, and the record is definitely one of the most interesting, if not exceptional things to emerge this year.