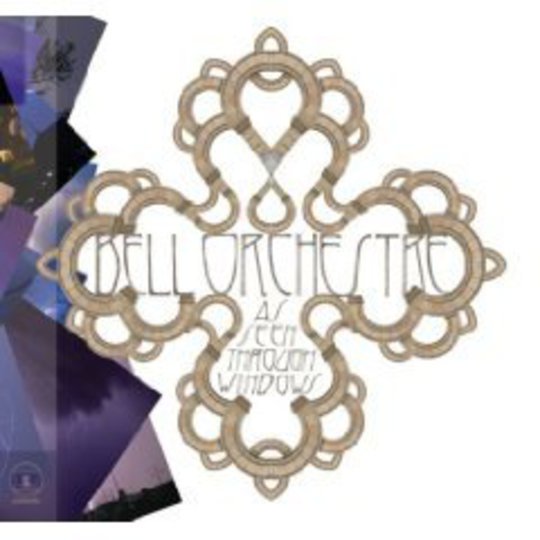 Bell Orchestre are an interesting, if underrated, little package. Typically marketed as the spin-off project of Arcade Fire members Richard Reed Parry and Sarah Neufeld, it's evident to pretty much everyone that's seen their live show over the last few years that they're a damn sight more than just a sideshow. Even so, the Montreal connection hasn't done them any harm in getting their experimental neo-classical compositions out into the wider world. Not that the wider world's taken huge amounts of attention, mind...

This is the background against which their second album, As Seen Through Windows finally lands in the UK (even though it's been out over the pond for yonks). Fans will not be disappointed – opener 'Stripes' picks up where first set Recording an Album the Colour of Light leaves off: lush soundscapes driven by haunting horns and screeching violins.

That's not to say that the band have been resting on their laurels, though. While this isn't a vast departure from their previous work, it's certainly an evolution and a significant step forward. Especially notable is a sparsely-used but effective electronic element to their sound, crashing into second track 'Elephants', and kicking off the initially-faithful cover of Aphex Twin's 'Bucephalus Bouncing Ball' (I say initially, because it soon mutates into something much more interesting...)

Actually, it's 'Elephants' which showcases the real strength of this album: it's like the soundtrack to the greatest film never made. Close your eyes, and you can practically see elephants marching across the savannah, only to be assaulted by poachers and a lone survivor limp away, lamenting its fallen comrades. It just begs for images to be put with the sounds. 'The Gaze', too,has a similar effect, immediately calling to mind a chase scene from a cop show with pretensions to high drama.

In fact, there's not a duff moment throughout the entire album. 'Icicles - Bicycles' and 'Water – Lights - Shifts' showcase a more minimalist approach, whereas 'As Seen Through Windows' is a superlative example of building tension'.

It's album closer 'Air Lines – Land Lines' which turns this from a great piece of work into a superb one, though. After five minutes of understated,repeating violin motifs which echo opener 'Stripes', the song explodes into a joyous, triumphant and soaring symphony which calls to mind hawks soaring through mountain valleys.

Indeed, if you were to choose one word to describe this album, 'soaring' would be it. As Seen Through Windows is both a progression and an evolution from the band's previous work, and it would be criminal to overlook them this time.