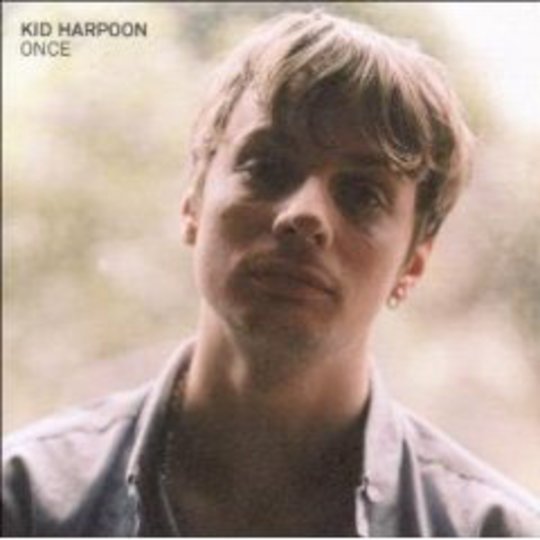 There are certain names you hear banded about that never seem to materialise into anything of any particular worth. Not necessarily hype bands who fail to make the cut, just your run of the mill artists who hang around padding out festival bills and support slots. Like extras on soap operas they try to look busy in the background before being pushed out of the scene by the good looking one with the script. It might be cruel but indeed accurate to say that Kid Harpoon fits this bill better than most.

First emerging four years ago Kid (Tom Hull to the Inland Revenue) made his name touring the country with acoustic guitar in hand and a thrilling live show. With high profile support slots and a pair of impressive EPs, the foundations for something good were built and looking solid. The last 18 months, however, have been quiet to say the least and Kid Harpoon has found his presence firmly off the radar. His North London peers have gone onto bigger things (Jack Penate, The Maccabees) or disbanded/ slipped into anonymity (Larrikin Love, The Holloways). So the question is, do we need a Kid Harpoon album in 2009?

The short answer is that we don’t. Two years ago Once may have made some sense - a strike with the hot iron. However in 2009, the year of synth pop and expectation-defying second albums, the lone guitar-toting troubadour sounds increasingly dated and irrelevant. The timing is not the only baffling element of Once; the true mystery of the record is why it was thought Trevor Horn was the man to hone and perfect raggedy songs like ‘Colours’ and ‘Marianna’. Horn, having recently worked with Robbie Williams, brings a profession sheen to Once and a couple of very expensive sounding orchestral moments, but he also seems to hang over every note and chord, pimping them out to MOR enthusiasts and Radio 2 listeners. You shudder to think how much he was paid to work on the album, but you can guarantee it was not cheap. The idea that Once will sell well enough to see Tom Hull eating anything but baked beans for the next 18 months would be funny if it wasn’t soul crushingly tragic. Put simply the victims of loan sharks and their 3000 per cent interest lendings have more chance of paying back the money they owe than Kid Harpoon does of repaying his advance on this record.

Bar the one track ‘Colours’, Once is the ultimate crime for an album - it’s boring. There is none of the passion or the fun of his early live shows or any of the rustic charm of the EPs. Instead we are left with a smooth lump of dinner party acoustic nothing-ness that seems to hang around forever yet still fails to leave a single lasting memory or moment. A disappointing effort that will keep this talented but misguided singer firmly in the background.