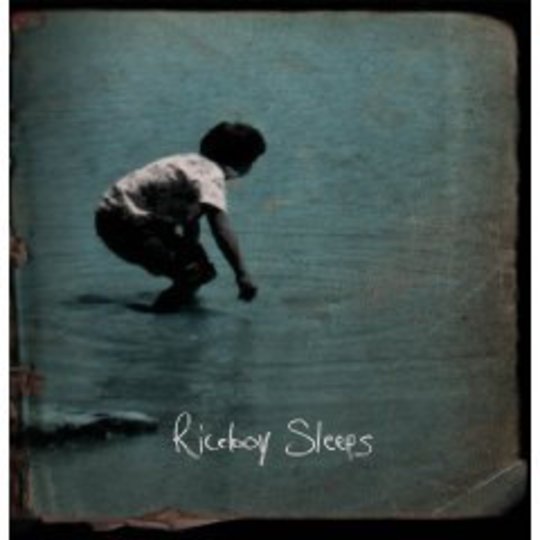 Not being a massive Sigur Rós fan, I was a bit wary of singer Jónsi’s side project, a team up with boyfriend Alex Somers. I wondered, would it sound like Sigur Rós? How far removed from what Sigur Rós does is Riceboy Sleeps? Is it just more of the same? And, considering that he often sings in a made up language, why couldn’t he think of a better band name than Jónsi & Alex? So I was pleasantly surprised to be greeted by a warm, friendly soundscape, a delicate mix of gurgling synth patterns and subtlety-deployed field recordings. I thought to myself: what a brave move by EMI to release an album made up of one half hour long drone piece; maybe there’s hope for music; maybe this Sigur Rós guy isn’t so bad. Then I googled something about the album and discovered my mistake. Or should I say EMI’s mistake – I’d been sent the wrong CD. It seems that the CD I’d received was in fact the bonus disc, the parts that weren’t good enough for the main album. Not to worry I thought, I’m sure the record proper is as good, if not better. And here’s the kicker – it turns out it’s not.

Riceboy Sleeps suffers in a way that only a side project can – it sounds far too much like the main band to be considered as a separate entity. If we side step for a minute argument about the inherently similarities of form within the music people choose to describe as post-rock, then we can probably all agree that Sigur Rós are a pretty unique-sounding band; so when you’re presented with a song that’s made up largely of what makes Sigur Rós sound so unique, it just all seems a little redundant. Take ‘Indian Summer’; ten minutes of strings and some treated vocals from Jónsi and you’ve pretty much got yourself some prime album filler. Yet at other times, when the duo step out of the shadow of Sigur Rós and deviate a little from their previous works, Jónsi & Alex deliver some strong results. It’s at these points that Riceboy Sleeps seems more like a record in its own right. Parts like the glacial-sounding electro static of ‘Sleeping Giant’ or the choral drone of ‘Boy 1904’ certainly suggest Jónsi & Alex are capable of producing a strong ambient piece of work, but there’s still something not quite right.

The biggest problem that Jónsi & Alex face is a lack of quality control and a lack of focus. At an hour long, Riceboy Sleeps seems to drag and fade into the background too often and too easily. If they cut out about half of the songs and focused more on the parts that sounded less like Sigur Rós, Riceboy Sleeps would be a much stronger record. As it stands, it doesn't do enough to be thought of as much more than 'not as good as Sigur Ros'. When you factor into the equation what they’ve shown themselves capable of on the bonus CD, it makes you wonder whether Jónsi & Alex really had their priorities right when they made Riceboy Sleeps.