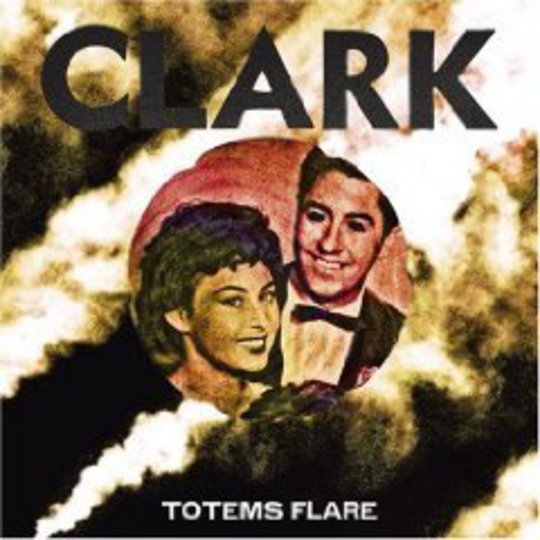 Some musicians are in it for the long haul. Their art pours out of them via cathartic necessity rather than any obligation or ulterior motive to create. Bjork, Neil Young, PJ Harvey: you tolerate their weaker moments because you know they’re going to return with something different and possibly brilliant within a couple of years. Chris Clark is making a strong claim for a young apprentice position in this Lifer club. A prolific Warp artist relentlessly exploring electronica, his music drips with personality. Its restlessness means it avoids the intimidatingly inscrutable alleyways that Warp’s output has sometimes backed down. Its scope produces a dizzying range of visceral and cerebral reactions.

Recap: comparitively lo-fi debut Clarence Park was followed by the dark, texture-heavy Empty The Bones Of You/. Live drums combined with groovy twinkleglitch on 2006’s peerless Body Riddle. Last year's Turning Dragon was a hyper-compressed gut-punching bastard of frazzled techno beats, trampling over what had gone before with Clark’s most direct music ever. There’s been an EP between each album, too. He just can’t help himself. The obvious move at this stage would be to reboot, to scale back, but instead Totems Flare combines elements from the full breadth of Clark’s output.

There are moments that retread old ground. ‘Future Daniel’ begins with something of M83’s skygazing wonder before incorporating the type of viscous beats which will be familiar to anyone that heard Turning Dragon. For the first time Clark sometimes sounds like he’s following a formula: deceptively welcoming opening segment, sudden switch to full-on headfuckery, then a meshing of every constituent part into an unseemly, unmanageable mess. This would be problematic if it wasn’t so effective.

The most obvious new addition to his palate is non-buried vocals. ‘Growls Garden’ is built around textbook Boards Of Canada-style wistful keyboards, which always sound Francophilic to these ears. A disembodied list arrives, shockingly high in the mix. “Winter, sunbeam, break the cold ship of light”. A chink of overt pop melody reveals itself as the voice sings “I will find you / in the garden”, Clark’s first conventional hook. Underneath there’s a glorious, tangible richness of tone, a cloaking thrum melting out of headphones and hugging your brain before sharp glitched-up slabs tear through weakened cranial defences.

This is no preparation for the mangled 8-bit rush of ‘Rainbow Voodoo’, the other vocal-led track here. Clark enjoys punishing his listeners. When he exposes the soaring vocal line in its purist human form for eight bars it’s immediately followed by a shitty zombie scream-gargling. It’s the sound of your fried mind slipping into overdrive at the exact moment you need to fall asleep.

The vocals are less prevalent than on fellow Berlin resident Tim Exile’s Listening Tree but the effect is similar. Obsessive levels of detail in production combined with evocative words can sound wonderfully fresh, but it’s a perilously easy thing to get wrong. Exile’s moments of genius or disaster depended on finding the most suitable lyrics to fill whole songs. For Clark, vocals are just another element to play with and vivisect. Breezy throwback ‘Look Into The Heart Now’ plays like an affectionate tribute to the early passive wash of Warp. Over an old-school acid synth line the ostensibly innocuous six word title is messed with to the point of oblivion. ‘Talis’ re-contextualises the phrase "I will find you" from ‘Growls Garden’ to sound desperate rather than hopeful, with a backdrop of urgent space bass and rapidly undulating strokes of fizzy texture.

It’s not all gold. ‘Totem Crackerjack’ sounds like a weak leftover beat strapped to unfocused experiments which accelerates to painful gabba speed, as if Clark has nowhere left to go other than uncomfortable tempos. Closer ‘Absence’ is a wistful reverb-drenched guitar piece like Fennesz at his most spartan, but an uninspired way to finish the album. It fails because it lacks detail, and this is what Clark does best.

The un-language count in to ‘Look Into The Heart Now’ is one of dozens of moments that surprise and delights on every listen. These tiny details are what keep you coming back, acting as reliably thrilling place-markers among Clark’s forest of masterfully dense production. He has previously created album-long moods, but Totems Flare represents a shift in emphasis to standout elements, tiny hooks. He may be pushing boundaries and himself less urgently than before, but in doing so he’s made his most palatable and varied record to date. It’s anyone’s guess where he’s headed next, but it’s unlikely we’ll be waiting too long to find out.