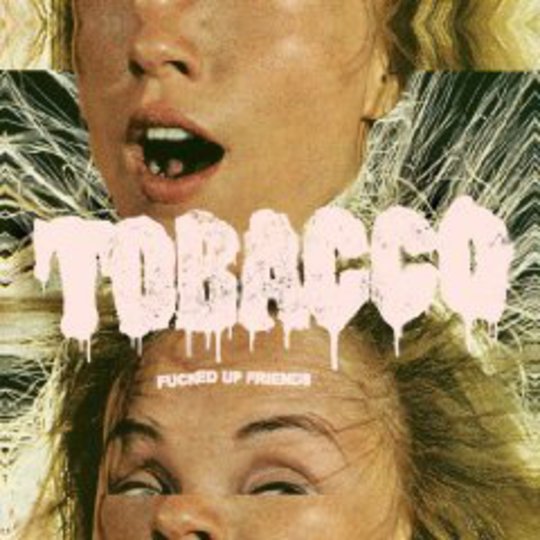 As a reviewer, it’s generally a bad idea to lay all your cards on the table during your first paragraph, as without a few aces up your rolled up sleeves, your audience tends to lose interest somewhat. And I can bet that even as I sweat out a few lines to tell you that I think this album might finally explain what anticon as a label has been striving to achieve for all these years, some of you are scrolling straight to the bottom to see what I’ve scored this. (Sorry, it’s not a perfect 10).

Tobacco is the moniker for one Tom Fec, better known as one of the constituent parts of fuzz psych folk woodsmen Black Moth Super Rainbow. Fucked Up Friends has been described as his ‘analog’ instrumental hip-hop album, and stepping out onto anticon, Fec has crafted an album splicing the Seventies pyschedelia of his mother project, mutated vocoder blasts and hip-hop drumbreaks. And in doing so, he’s created an album that is at once totally alien and yet also in line with his dayjob. There’s the same space age dreaminess to the sound, but the rolling, crushing bleeps and beats of tracks like opener ‘Street Trash’ are nothing short of menacing, especially when Tobacco edges his musical buzzsaw with vocoded childlike chanting, as he is wont to do on tracks like ‘Tape Eater’. I’m not going to go on the record saying that he’s the first to splice the boom bap bounce with pyschedelic meandering, but nonetheless, this album is a certainly a new kind of mutant beast to my ears.

Whilst the stuttering drumbeats and cut up synthesiser definitely indicate a hip-hop bent, Tobacco seems to twist the genre inside out, building Blade Runner synth lines over his John Carpenter basslines and high hat snare drum breaks, as exemplified on the sticky sounding 'Pink Goo'. What sets Tobacco apart is that he is happy to let his synth lines drift in and out of the ether, breaking from floating flute loop into monstrous mutant riff and back again. ‘Berries That Burn’ is a magnificent example of this kind of craft, as one synth tone blends out only to be replaced seamlessly by another. Similarly, the wailing kick drum disco of 'Grease Wizard' melts down from siren-like calls into a fuzzy Goblin-esque synth hums, and the twinkling harpsichord like sounds of 'Backwoods Altar' drift out spacewards on bending samples that could only be described as cosmic.

The introduction of Aesop Rock’s machine gun spit on 'Dirt', is far from the jarring wreck that the listener might expect. As Rock hurls his trademark fragmented metaphors about singing bushes and biological wars, his precision flow melts into the dense instrumentation, a literate battering ram colliding with Fec’s mutilated synths and the soaring vocoder refrain in a juddering onslaught. It’s so goddamnably strange that it couldn’t fail to work, which is a fairly good measuring stick for the entire album.

Because what Tobacco has really shown with this startling and unheralded debut is that anticon’s unwritten and forgotten founding aim of revitalising and redefining exactly what confines hip-hop as a genre could operate in was not a fleeting dream long forgotten. And whilst all might not read it as such, I personally find the statement on the anticon website regarding genres('none of these tags, however--the language of right wing genre police, radio charts, record stores, and magazines--are worth repeating here') a tacit admission that their early attempts at reconstructing hip-hop were in failure; insofar that they found themselves so far out into the woods that they forgot all about the trees.

This is doubtless an unpopular opinion in some circles, and a popular one in others, but all that is besides the point, because Fucked Up Friends is a blissful reminder that the practice of absorbing rather than regurgitating influences – innovation and invention - is alive and well. This debut might not be a complete masterpiece, but it is a telling reminder that it’s possible to make an album that is neither wholly derivative nor indulgently experimental. All hail the new wave of cosmic kraut pysch hop.