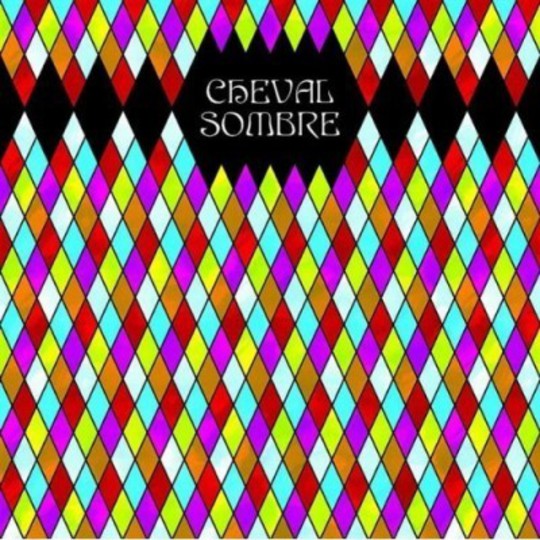 New York based singer/songwriter Christopher Porpora has been making music as Cheval Sombre for the best part of a decade now, so the fact that this self-proclaimed 'dark horse' has only just gotten round to releasing his first long player probably says more about the perfectionist in him than anything else. Indeed, perhaps Tresors Caches would be a more suitable description for his project, as Cheval Sombre is an angelic collection of hidden gems deserving a far wider audience than just the shoegaze/dreampop underground scene in which this record will no doubt find itself adored ad infinitum.

It's been a long and tiresome journey for Porpora. Last year saw him release three limited edition singles for the Static Caravan and Trensmat labels to a modicum of critical acclaim, subsequently bringing him to the attention of Luna's Dean Wareham and Britta Phillips, who immediately offered to put out his album on their own Double Feature imprint, as well as contributing guitar, bass and keyboard parts to several of the songs on the record. Add the fact that former Spacemen 3 legend Sonic Boom is on production and engineering duties, and it becomes apparently clear that Cheval Sombre is held in high esteem amongst some of the scene's most established artists.

Indeed, Porpora's association with Sonic Boom actually goes back three years, with the demo tapes for Cheval Sombre first emerging in late 2006. Having sent the masters over to Sonic Boom's Rugby abode shortly after, the re-recording and mixing process was then spread out over the next two years on both sides of the Atlantic until both parties settled on the finished product, and while there is an obvious Spacemen 3 influence here, Porpora's unique vocal styling and omnipotent switches from diminutive alt-country to comatose sub-Velvet Underground drone is something of a masterstroke, not least because it makes Cheval Sombre, despite its obvious leanings, almost impossible to pigeonhole fully one way or the other.

Encompassing 11 songs in total, including the aforementioned three singles, Cheval Sombre is a convoluted journey that takes in apoplectic gospel tendencies ('Little Bit Of Heaven') and even politicised folk ('The World Is Wrong', 'It's A Shame') amidst the fuggy haze that engulfs the record from start to finish.

There's even a cover of The Doors' 'Hyacinth House', which far from sticking to the original, perversely suggests the musical course Jim Morrison could have taken had he still been alive to pursue it. Of course there will be question marks as to whether or not this record would have made the same impact had Porpora not been fortunate enough to acquire the assistance of his more renowned friends, but as with any thoroughbred, if the pedigree is there in the first instance, its all about developing those skills to perfection and without doubt, this dark horse has left the nursery stables well and truly behind him.