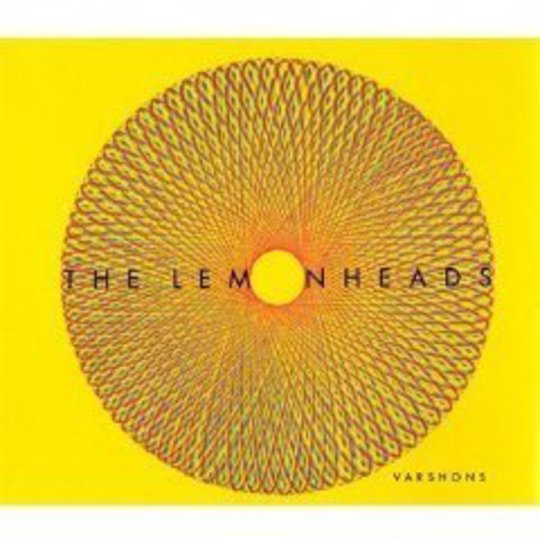 It’s only really once that the Evan Dando of old rears his head on Varshons, the second album to be attributed to The Lemonheads since he reactivated the name after a still-not-particularly-well-explained holiday from the moniker.

Fortunately we’re not talking about the gruffly sensitive tunesmith who gave us It’s A Shame About Ray et al, but the dickhead minor celebrity who occupied the immediate post grunge era by lurching around with Courtney Love and making a tit of himself.

The song is a cover of ‘Dirty Robot’ by kitsch Dutch electronic duo Arling & Cameron, and prominent on vocals is one Kate Moss. While it’s not the worst-case scenario – that would probably involve it turning out something like unlamented Queens Of Noize curio ‘Indie Boys Don’t Deserve It’ – it does make you rather want to hurt someone. Certainly it derails a record that’s billed as being a purposely eclectic selection of covers, but generally sticks wisely to a wearily lovely alt.country path.

Opener ‘I Just Can’t Take It Anymore’ is pretty much what Varshons does best: the dustbowl yearning of the Gram Parsons original, fleshed out into something a little more robust but no less sweet. It’s not even so radical as the Lemonheads’ most famous cover (the basically respectful rock take on Simon & Garfunkle’s ‘Mrs Robinson’); just a bigger arrangement, a quivering-delicate brush of female backing harmonies, and Dando’s delivery, way more gravelly, but no less nuanced than Parsons'.

Wire’s ‘Fragile’ is rendered in broadly the same shades, which isn’t quite the tall order it might sound – the Pink Flag original has a very palpable warmth at its core, despite the staccato delivery. Stretched out into unembellished country acoustics, Dando's rendition feels peculiarly faithful.

When he wasn’t busy screaming or taking a dump on things, GG Allin dabbled in country, and despite the gory subject matter – man gets bored of wife, kills her, does one – his ‘Layin’ Up With Linda’ is again pretty much ripe for the Varshons treatment, a lo-fi clop respectfully fleshed out. The key difference here is that somehow Dando has actually succeeded in dropping his voice an octave; it’s kind of a remarkable sound at first – you’d have to conclude he shouldn’t do this around a swamp anytime soon, lest he get beset by amorous lady frogs.

It's the first indication of Dando’s stated intent to make Varshons flow more like a mixtape of his favourite songs than a cohesive Lemonheads record. That he basically fails in this is entirely to the record’s credit, and quite remarkable considering a) the constitution of ‘The Lemonheads’ is so chop’n’change that no two track here feature the same line-up, b) the sheer number of famous (and often very pretty) friends he’s drafted in, and c) Gibby Haynes produces.

A take on The Beatitudes snotty ‘Green Fuz’ boasts a disquieting feedback solo, but still remains entirely coherent with Varshons, weight of the world so heavy on its shoulders it sounds more like ‘Street Spirit’ in a cowboy hat than shouty punk. Indeed, Varshons ploughs on into increasing bleakness, with skeletal interpretations of Sam Gopal’s ‘Yesterlove’ and Townes Van Zant’s ‘Waiting Around To Die’ coming up before we hit that bloody Kate Moss song.

Ditching the country entirely in favour of simple electronics, and with Dando’s contribution phased through a vocoder, 'Dirty Robot' sort of sounds like somebody taking the piss out of Chicks On Speed. It is a low point, it is horrible, it is utterly, utterly uncalled for.

From thence the mooted eclecticism kicks in as far as it ever does, and though nothing so awful as 'Dirty Robot' happens again, the second half is a little unsteady. July’s ‘Dandelion Seeds’ is the token rock song, a tuneful but oddly bloodless psyche stomp, while the concluding cover of Linda Perry’s ‘Beautiful’ just unbalances the record, such is its familiarity, even if Dando’s restrained delivery is pretty much the antithesis of the Aguilera original.

Basically, Dando fucks Varshons up just enough to stop it being an actively great covers record – in recent terms The Condo Fucks’ mighty Fuckbook stomps over it – but not enough to detract from the truth that the thread drawing the successful songs together is the still-beating talent of Evan Dando, non-dickhead version.