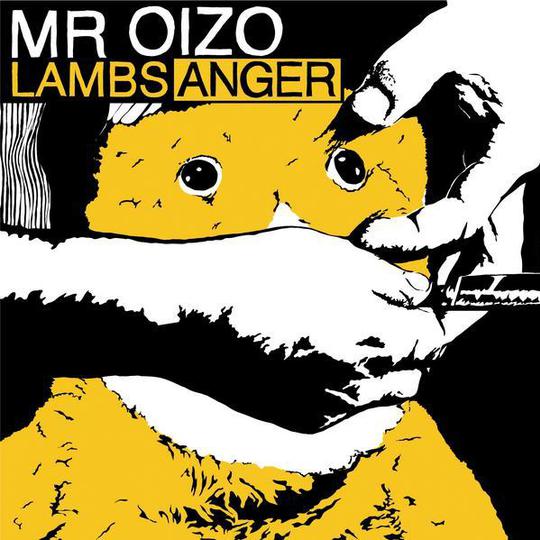 The concept of the Long Player just doesn’t seem to suit club music. Mixing is too tied up with newness and a rapid turnover of songs and ideas to contemplate such a notion. Perhaps because of this, great dance albums are hardly in abundance. Notable releases from Digitalism, Simian Mobile Disco and Cut Copy aside, not since Daft Punk’s prime has there been a breakthrough electro act producing real albums worthy of full play.

We can be thankful Mr. Oizo exists mostly on the periphery of club-consciousness, where this tension between creativity and dance-floor potential is of no real concern. The electro-auteur has not courted mainstream success since he announced himself with the bass bending smash 'Flat Beat', and on the evidence of Lambs Anger it won’t be happening again soon.

Ed Banger scored a major coup signing Mr. Oizo, as their success appeared to have been derailed after critical levels of hype and expectation. The histrionics of flagship act Justice, as they veered towards self-destruction on the tour DVD Across the Universe merely reinforced this view. Oizo brings gravitas to Ed Banger’s decent if sometimes shaky roster of electro and, despite pre-dating the label, the Flat Eric creator is in good company, sharing an abrasive, '80s-influenced sound, that contrasts poppy hooks with stomach-turning digital noise.

Lambs Anger certainly includes nods to its club-sided environment, unrepentant though this expression may be. The pneumatic drone of 'Positif' stands up to the likes of SebastiAn’s slate-wipe-clean great 'Walkman', and even appears to sample it in a nod of respect. Oizo has clearly been influenced by the Ed Rec landscape with 'Hun', a mission statement straight out of Justice’s debut. But since he helped sculpt this sound, years ahead of his time, he is entitled to engage in some artistic exchange. Where he trumps his peers is with a wider musical palette and kaleidoscope of sonic moods. Melodically playful, and at times downright mischievous, the Frenchman revels in the dissonance he spins, appeasing no one with perceived notions of tunefulness.

'Z' is dungeon-level Mario-themed mayhem, in which bass flails maddeningly, like Alter Ego’s 'Why Not?!'; 'Erreur Jean' again gleefully weaves chaos, abusing the pre-eminent Ed Rec distorted-synth with ruthless might – and unceremoniously dumping it in a musical cul-de-sac. As each mood of peril envelopes, there are trading slaps of flippancy with micro-sampled cuts and refrains.'Cut Dick' ratchets up the bewilderment another level with its apparently straight-up, four-to-the-floor funk groove, this lull soon unravelling.

The Uffie-esque Carmen Castro provides a dirty flow to 'Two Takes It', comically rhyming words that don’t really rhyme (“Because I’m a winner, I ain’t a loser / To be an MC, is what I choose-uh”), but rhythmically hitting Oizo’s vintage horns staccato on this standout dancefloor track. 'Jo' is a smooth, soulful number, wracked with glitches that could have been produced by the late J Dilla.

Lambs Anger could do with trimming at 17 tracks, and the balance-scales unhinge in favour of total discordance at times - 'Bruce Willis is Dead' would challenge the patience of the most fervent noise-enthusiasts. But anyone who has listened to Oizo will know how he can delight and frustrate – the novices who mined his discography after 'Flat Beat' notably, alienated by his Maoist levels of leftfield-ness. While Lambs Anger is in no way easy, brimming with first-degree sonic battery, it is compulsively listenable, and is most likely his, and Ed Banger’s, best album to date.