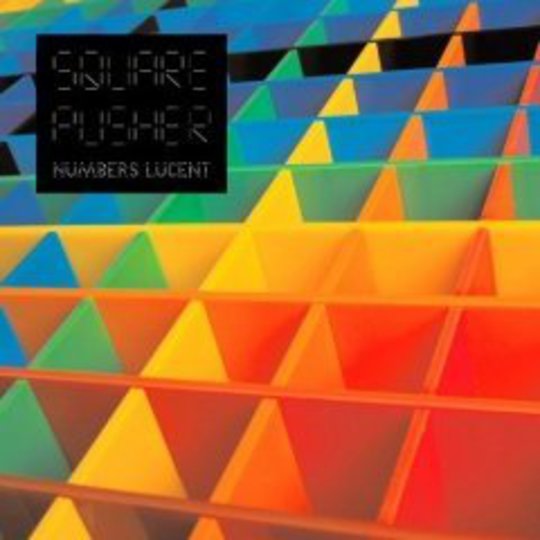 Though the front cover is strikingly similar to his last full-length, the content of Squarepusher's latest EP, Numbers Lucent, is at least several worlds away. Make no mistake, this is definitely another Jenkinson attempt at a coherent and consistent theme, and a damned fine one, too. But unlike his previous LP, there's no classical guitar, no astral-jazz funk fusions or any experimentation for its own sake, just banging bass, beats and breaks.

The focus is undeniably a bit retro. It's rave in its boldest form but with traces of trademark 'pusher not lurking far beneath the surface. 'Zounds Perspex''s laid-back staccato synth prods imply an EP of Just A Souvenir offcuts, but before you know it, it morphs into frantic fuzz-bass licks played out in the periphery. 'Arterial Fantasy' has the type of ratatat pneumatic-drill of a drum, 320bpm snare hits, played underneath early-1990s garish rave. One thing that is noticeable, is that it's pretty much an impossibility to try and sit still for any length of time listening to this. For those about to rave, we salute you.

Best named track 'Illegal Dustbin' is constructed from fuzzy thwacks into three-minutes worth of a pounding array of crackled-up breakcore. There's still, naturally, the emphasis on Jenkinson's work on the bass throughout ( but if you were as good as him, you would wouldn't you?). 'Star Time 1' (the prelude to Just A Souvenir's 'Star Time 2') will see you reaching for the air bass. There's a hint of 8-bit seeping through, but it seems unlikely that any explicit influences have been drawn from that area.

Numbers Lucent definitely has less "what the fuck?!" factor than recent releases, but the focus in style – no extended grooves here – means that what has been produced emphasises the versatility of Jenkinson and the Squarepusher name and is a welcome digression from Mr. Jenkinson.