Dark End Of The Street 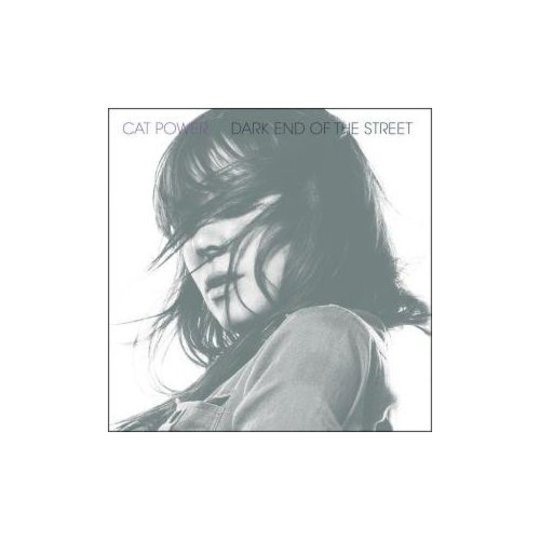 Cat Power (a.k.a. Chan Marshall) is perhaps a more divisive figure than her music would suggest. Whilst possessing one of the most recognisable and distinctive voices in indie-rock, her recent career choices have alienated some. 2006’s The Greatest was undoubtedly an accomplished record, yet its polish grated against Marshall’s earlier, rawer material. Similarly, her more recent live shows have left the audience alienated, watching Marshall roll on through the motions, seemingly disinterested and apart.

It seems appropriate then that she should turn her talents to covering other people’s songs. Marshall’s husky, smokey intonation could smother the tritest song in rich sensuality; at a time when she’s taking her own music in a ‘straighter’ direction, what better way to hone her skills than by taming the classics? Jukebox, released earlier this year, did exactly that, tackling holy relics like Dylan, Mitchell and Cash and covering them in her own thick layer of husk.

Dark End Of The Street is a continuation of that project, an EP available on 10” vinyl and for download containing six tracks that didn’t make the original version of Jukebox. Track four is a version of Otis Redding’s ‘I’ve Been Loving You Too Long (To Stop Now)’, and it is Redding that Marshall sounds most like here, aping his own inimitable subtle roar to a tee. The other standout track here is the opener; a straightforward but movingly simple version of Aretha Franklin’s ‘Dark End of The Street’. Elsewhere, however, the arrangements just aren’t varied enough to give Marshall’s versions anything other than the appearance of independent life.

On the surface it’s all nicely put together (take her note perfect version of ‘Who Knows Where The Time Goes’ by Fairport Convention) but almost all these covers lack the passion of, say, Marshall’s heartbreakingly sincere reworking of the Velvet’s ‘I Found A Reason’ (from 2000’s Covers Album). There you could here Marshall taking a song and breathing new life into it; here the Memphis arrangements and predictable vocals do the opposite. Much like My Blueberry Nights, the film Marshall appeared in and lent songs to this year, it’s glossy and pretty on the surface, but if you scratch beneath you’ll find it sadly doused in soporific self-importance and, dare I say it, even slightly vapid.