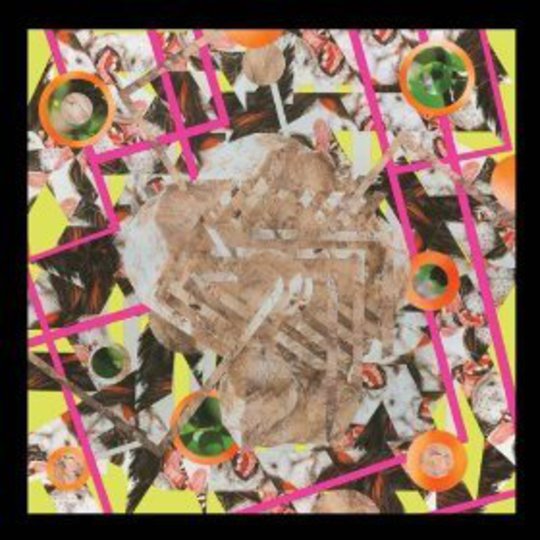 Two years since Vessel States, Baltimore art-rock four-piece Wilderness return with their third album, written to be performed as part of sculptor Charles Long’s Whitney Biennial show in New York earlier this year. Long has form when it comes to this sort of thing: in 1995 his Amorphous Study Body Center comprised a series of sculptures from which snaked headphones playing Stereolab tracks.

Possibly the most appealing thing about Wilderness is how utterly indifferent they seem to be to musical fashion: their three albums to date form a triptych across which their concerns and their methods remain essentially the same. Refining, as opposed to redefining, is Wilderness's thing: eschewing sonic reinvention, they stand or fall purely on the strength of their song-writing. Fortunately, (K)No(W)Here offers plentiful as evidence that this talent is inversely proportional to the one they have for album titles.

This is Wilderness at their very best. Vocalist James Johnson sounds more than ever like he's reporting back after 40 days spent receiving visions in the desert, while guitarist Colin McCann's new role as call-and-response duettist adds a plangency to several tracks that's redolent of Neil Young, in particular on the achingly sorrowful '(p)ablum'.

It won’t surprise anyone familiar with Wilderness that they haven't written a party album. This is a group that takes itself very seriously indeed, but for all its gloominess (K)No(W)Here is never dour or dispiriting. On the contrary, this dense cycle of songs seems to express a euphoric faith in the transformative power of art. Johnson's lyrics rail against the status quo and a brainwashed populace, his exhortations against money and threats about the rise of history suggesting a Marxist view of social and political reality. This is strong stuff that thankfully avoids falling into crass sloganeering, and the music backs it up, it's arcing guitar lines and tribal percussion generating a growing atmosphere of anxiety, outrage and disorientation. "Anger is an energy" after all, as John Lydon sang on PiL's 'Rise'.

Speaking of Lydon, Wilderness's sound is anything but unique: it's heavily redolent of Lungfish and PiL, while the shades of Sister-era Sonic Youth and Galaxie 500 linger around McCann’s fret board. You wouldn’t be beaten to death for suggesting elements of early Psychedelic Furs, either. But over the course of three albums Wilderness have done enough to compare favourably with their influences, building up a body of work that's divisive (Johnson's delivery is always going to rub some people up the wrong way, just as Lydon's did back before his butter endorsing days) but self-evidently sincere. And however accurate it might be, all talk of easily spotted influence withers in the face of a transition such as that between 'Silver Gene' and 'Own Anything', when an epic melancholy sharpens itself into hoarse fury, before collapsing back into the chiming three-note motif of the powerfully incantatory 'Chinese Whisperers'.

That three-song sequence, bracketed by a powerful introduction and the seething, hypnotic closer '<....^....>', results in an album that only loses its awesome momentum for the duration of penultimate track 'Soft Cage'. Little more than a desultory session of primal scream therapy, it's the only misstep in an otherwise powerful work.