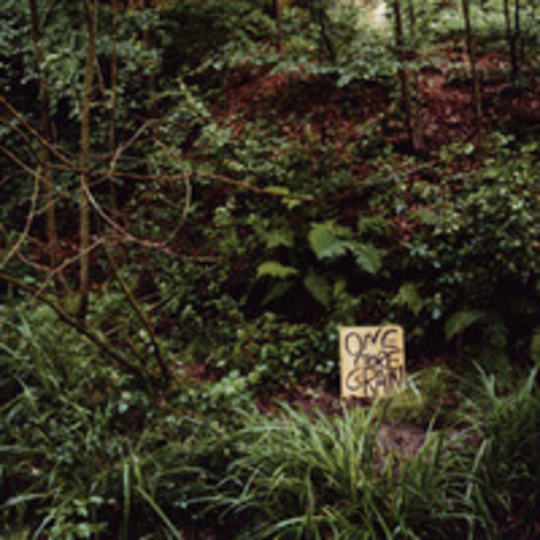 It’s hard to pinpoint exactly what it is that’s most absurd about London-based Lancastrians One More Grain. Everything, really, about ‘Having a Ball’ is slightly _off when taken apart; whether you’re trying to skein together the psycho-geographical, spoken-word drawl of frontman Daniel Patrick Quinn, or staring gob-agape past that obvious focal point at the music. When brass is played like this it always sounds snide – alien and deserted like it is in Ubu’s vision of Cleveland, or would be in Can’s _Tago Mago.

More modern handles might open doors to New York City’s Soiled Mattress and the Springs (Honk Honk Bonk!_) or even XX Teens’s off-colour, midnight snark, albeit slowed to a more provincial pace where cracks in personality are given the time and space to blossom into brilliant, gaping fissures.

It’d make sense, ‘cause what’s most remarkable about ‘Having a Ball’ is its easy, arable leisure – it never sounds hurried, never forced, as Quinn leads us on a tootling amble round parts of Britain I’ve never been. Spoken word that doesn’t take itself too seriously, amusing pop that doesn’t settle for the easy spaff of the comedy song, Daniel Patrick Quinn’s motley troupe have such a strong grasp on reality it’s exotic and almost depressing in these sweaty days of rent-a-job kebab-acts; and any pretence festering in those ‘spoken words’ is obliterated when it’s immediately obvious what good company Quinn is.

Everything, really, about ‘Having a Ball’ is slightly off when taken apart; but when it’s together it hangs tight and precarious in the balance, at turns charismatic and unsettling.