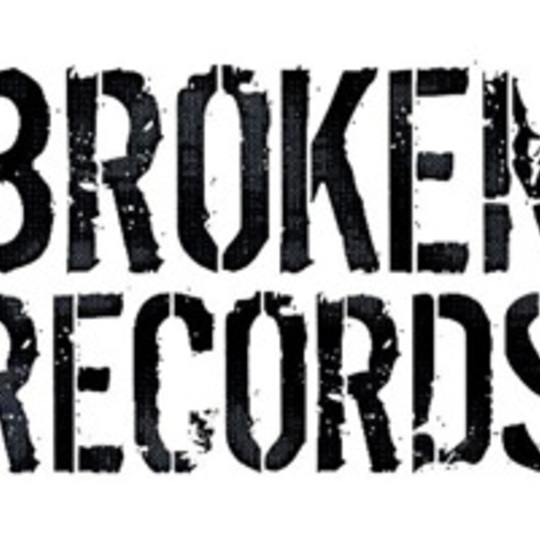 On paper, this four-tracker shouldn’t be me_. Everything’s so perfectly neat and tidy influence-wise: Nick Cave, Dirty Three, Dylan and Waits, Cash and Cohen. All renowned and acclaimed; all far-reaching of affect and with enviable reputations when it comes to coaxing kids worldwide to pick up their fathers’ battered and dusty acoustics. I lean towards oddities more often than not; the safe bets are usually covered, extensively, elsewhere. I salvage scraps, pick through the flotsam; potentially _massive bands are the preserve of writers who like to be right, whose reputations have grown larger than their once-insatiable appetite for ingenuity and freshness.

Except here, now, this. This is magical, engrossing and wholly enveloping, genuinely and excitingly bursting with commercial potential. Broken Records, a septet from Edinburgh, have self-released four tracks of such elegiac grace, scintillating sincerity and accomplished design that it’s utterly mystifying that they’re yet to register on the radars of more than a handful of music journalists. Seventeen minutes flash by, each one full of music that tugs at the ties that bind emotions in a tight bundle ‘til they collapse about one’s ribcage; every instance of bow on fiddle, stick on skin, pit-of-stomach-sourced vocal verily bleeds ambition.

Dismantling arrangements to constituent parts produces echoes of established reference points: the vocals are a little Killers at times, a little The Boss and Bright Eyes at others; a squeezebox recalls Beirut’s Balkan folksiness, while the overall sound –_ massive_, succinctly (and that’s ‘massive’ italicised for effect twice now) – is reminiscent of Arcade Fire or Broken Social Scene’s most-tender moments. And yes, those aforementioned influences find their place in the melee. Yet never does one of these four offerings feel hackneyed, like a rehashing of glories perfected by talents past. From beginning to end, this self-titled EP delights and amazes.

‘A Good Reason’ could be Modest Mouse if their contemporary shanties were formulated in Scottish dockyards, with battle-orientated lyricism spinning yarns of soldiers awaiting orders – they’ll gladly march to their deaths, given that one good reason. ‘Lies’ is initially the weakest of the four tracks on show, beginning as it does with some less-than-brilliant vocals; but given a minute to seep under the skin, the song’s a triumph of subtlety and understatement, deceivingly addictive melodies and low-mixed piano lines burrowing deep to linger for days and days. The other two: listen for yourself on MySpace (for both are there) and form your own impressions and opinions. Suffice to say that this critic’s won over, over and over.

Yes, there are flaws – if you can call the very slightest imperfections here and there bona-fide flaws – to be addressed before Broken Records progress to the next level. The vocals aren’t always there, for example. But from their present position any movement is to be of an upward variety, and the bottom rung of the industry ladder will soon be lost to the fogs of time based on the potential – stunning as it most honestly is – exhibited here. This seven-piece will win your heart given the opportunity, and this EP presents you with the chance – your choice – to let them try. Get sucked in as I have, though, and don’t expect to be shouting the praises of too many more domestic acts over the next few months. You’ll be too wrapped up in this to hear much else.

If Broken Records haven’t a trail of record labels pursuing their services come their DiScover Club show in April, I’ll roll up to the Arts Club with a bank loan in place and do the dirty myself. (If that forward-slash ended ‘Montreal’ rather than ‘Edinburgh’, a deal would, you’d wager, already be in place.) Forget documented introductions, then: indulge and dispel all misjudged expectations forevermore. If you pick up a guitar in the process, all the better.

This EP is currently only available at live shows and via the band’s MySpace – click here for more information.