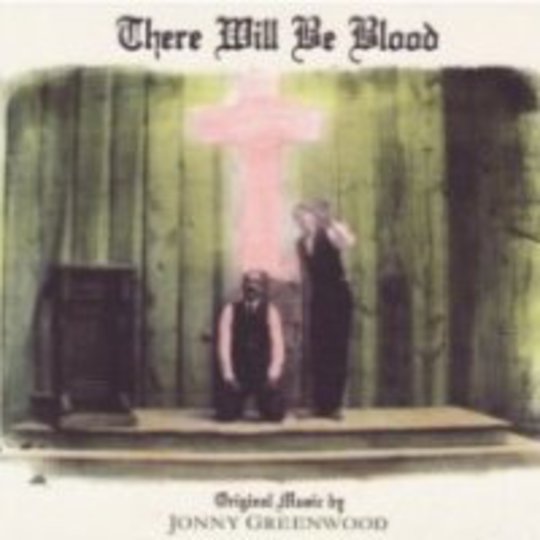 When not sticking it to the man with the label-less, ‘pay what you like’ release of In Rainbows _before skedaddling across to XL for the pocket-lining assurance of a bulging royalty cheque (and a number one record, no less), Radiohead guitarist Jonny Greenwood had a pretty productive 2007. Starting off the year with the cumbersomely titled but rather fine Trojan compilation _Jonny Greenwood Is The Controller, the floppy-locked multi-instrumentalist cemented his Annus Mirabilis by composing the score for Paul Thomas Anderson’s much vaunted There Will Be Blood.

Having yet to sit through the film in all its cinematic splendour, it’s impossible to elucidate how successfully Greenwood interprets Anderson’s on-screen ideas. But on the basis of these eleven orchestral arrangements it seems fair to say _There Will Be Blood _ain’t no sunshine and sugar motion picture. A cavern-dwelling cacophony of strings, piano and percussion, this half-hour composition casts a bleak shadow of melodious introspection fraught with claustrophobia and despair that’s a bold attestation to Greenwood’s more crestfallen inclinations.

It would take an imprudent scribe not to draw parallels with the composer’s globe-conquering day job and flashes of Radiohead astral-gazing are certainly awoken in the murky graveyard of mourning keys and neck-hair quivering violin scuffles found lurking in ‘Prospectors Arrive’. But There Will Be Blood _is a more solemn affair than any of Greenwood and his cohorts' previous commercial ventures, with _‘Future Markets’’ haggard staccatos and ‘Eat Him By His Own Light’’s rickety piano trinkets creating sinister, apologetic soundscapes that pass effortlessly into the airwaves without a moment's thought to their master's preceding radio-friendly output.

Yet, despite ‘Proven Lands’’ percussive cheek or the brooding sheen of ‘Prospectors Quartet’’s sweeping elegiac pillar, it’s impossible to relinquish the disenchanting actuality that this is a silver screen soundtrack not made with home listening in mind. For all the fascinating aural nooks and crannies Greenwood gouges, he fails to concoct the imagery required to allow such sterling symphonic compositions to explode into life; y’know, that moment where sight and sound embrace as one, leaving eardrums and pupils both enraptured and enthralled in the thrill of sensorial matrimony.

There’s no doubting _There Will Be Blood _continues to prove Jonny Greenwood as one of the most spellbinding and innovative musicians of our time, it’s just without a little visual stimulation it’s not quite as apparent as usual.