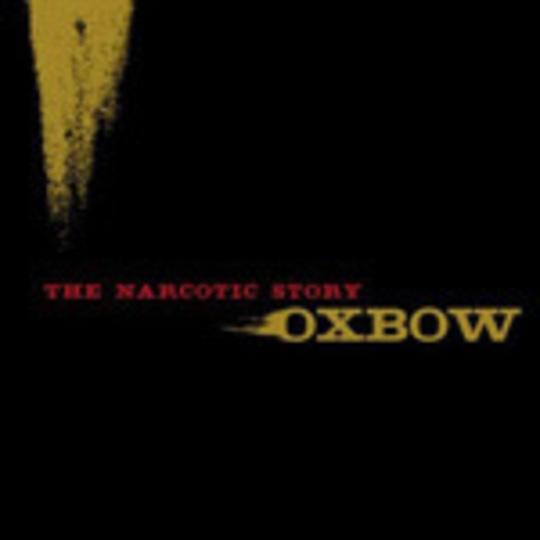 It’s not the words that matter exactly. It’s the manner in which they’re dispatched. This dirt doesn’t wash out.

In the past much has been made of hulking pain-channelling Oxbow vocalist Eugene Robinson’s shall we say, erm, balls out live performances, to the extent entire reviews have focused on his not inconsiderable man-meat. Oxbow’s beefy recorded output has, until now, been a comparative sideshow attraction to the full on car-crash antics that tend to unfurl onstage. Until now.

Universal agreement may not be forthcoming. Oxbow don’t make music for you. At least assuming you are somebody who can’t remember the last time they awoke covered in their own vomit, drank until they couldn’t recall what they did next and kind of enjoyed knowing it was almost certainly demeaning for all involved, found a girl in their bed covered in excrement, or screwed the wrong person at the wrong time in all the wrong (read: right) ways. The Narcotic Story is a veritable handbook for the fucked up, concerning as it does a downtrodden gent named Frank lurching through the self-degrading shadows of life. It’s the first part of a triptych and, in its own way, perfectly cinematic.

Robinson’s lyrics are the defining input, genius soundbites emerging from his catalogue of last real bluesman howls, yabbers and harrowing squeals. “No man is an island,” he spits on standout highlight ‘Down A Stair Backward’ as if just discovering his own mortality; funereal shock-ballad ‘She’s A Find’ lays out its genuinely emotive crux with “Oh maaan, she is a find”. Like we said, it’s the manner in which they’re dispatched.

But perhaps more important in terms of overall impact are the musical subtleties. Strings spill, weeping barroom pianos plink dolefully and the noise of Neurosis tuning up in Hell with razor-wire for plectrums is succeeded by a band becoming comfortable in their own skins; cohesive, essential, even accessible.

By The Narcotic Story’s perfectly blunt conclusion – “In the end / We all get exactly what we fucking deserve” closing the The Kids Of Widney High-doing-Radiohead of ‘It’s The Giving, Not The Taking’ – there’s even sunrays of optimism shining into the murk. The greatest realisation is Oxbow have presided over 2007’s greatest LP.