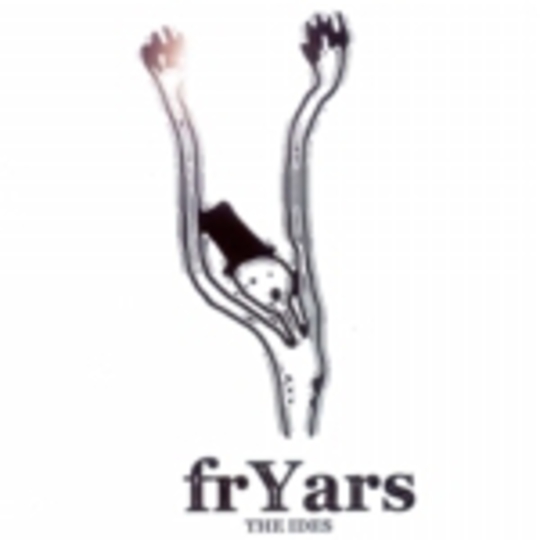 Produced alongside Clor’s Luke Smith and the solo project of one Ben Garrett, associate of Cajun Dance Party and Bombay Bicycle Club, frYars’ debut release comes across almost as a poppier Royksopp.

Much like the Norwegian duo’s material, the bleepy sound effect-assisted electronica of The Ides EP is too upbeat to be considered tender, yet not rowdy enough to go party-starting, accompanied all the while by a vocal style somewhere between the suave part-talking of Alex Kapranos and the croon of a new romantic. Second track ‘Madeline’ effortlessly blows the three accompanying tracks away, with a touch of Hot Chip in the keyboard work and drums that swoop from up-tempo snare-rolling in the verse to sombre and reverberating for the dark chorus, which itself possesses a melody and an elocution style in the vocals that could easily fit alongside any track from Midlake’s under-selling wistful first album.

In the face of that, the other three tracks from this EP pale slightly, even though the plinky piano and Daft Punk keyboardery into thumping electro-disco of opener ‘The Ides’, the bleep-n-squeaktronica of ‘Chocolate’ and ‘HappY’'s similar-sounding three-beat approach are each decent enough. ‘Madeline’, though, is very much the finished article – it’s probably worth the EP’s asking price alone.