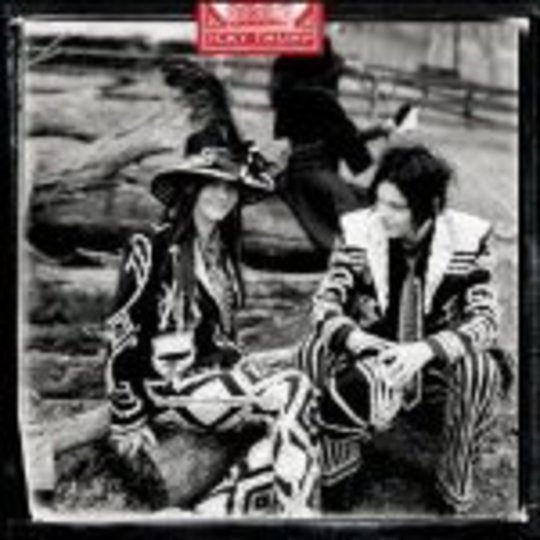 Whilst the standard shelf-life for most acts seems increasingly brisk as attentions flit, The White Stripes have retained a certain significance, remaining an eccentric oddity. This is largely down to the fact they make albums like Icky Thump. Though Get Behind Me Satan saw them veer in a typically skewed direction, taking influence from mariachi groups, there was an air of grandeur that seemed in keeping with the mainstream appeal they had gathered. And so, this – their sixth record – instead sees Jack and Meg White return to the unabashed abnormality that was central to their initial acclaim. The idea of Jack White writing in a full band away from the confines of the duo's minimal approach was conceived as an opportunity to provide him with a further outlet for his unquestionable creativity. Instead, The Raconteurs dulled the Detroit gentleman. Decidedly back to basics, Icky Thump sees White revelling in his independence yet again.

The title-track is the sort of song White writes with nothing in his ear but Led Zeppelin III since sunrise ("White Americans, what? Nothing better to do? Why don't you kick yourself out, you're an immigrant too"). But what at first seems a bold opener soon descends from scuzzy bombast into tiring indulgence and its fade-to-close is far from the drilled focus that has outlined lead singles in the past. Instead, 'You Don't Know What Love Is (You Just Do What You're Told)' provides the first true highlight, as Jack laments the tame response his partner provides when all he wants is a reaction and a signal of life.

As with any White Stripes album there is that standard blues habit of regurgitating and reinventing old tracks. ‘I’m Finding It Hard To Be A Gentleman’ seems to have been reincarnated in the form of ‘3000 M.P.H. Torrential Outpour Blues’ whereas ‘Bone Broke’, the finest three minutes on this record, is the bastard twin to ‘Broken Bricks’, with Jack White's frantic delivery on par with what he showcased on the band’s self-titled debut of 1999.

There is, however, no doubt that the innovation remains. Whether or not this is to the listener’s advantage is questionable, though – it seems easy to imagine Jack White, upon hearing Patti Page’s original country ode to a man’s lustful triumph, scuttling off to try his hand at feeding a new life into 'Conquest'. It’s unfortunate, then, that despite White's trademark wail and Regulo Aldama’s rasping contribution on trumpet the track has been distorted into some warped Middle-East-meets-Wild-West theme tune: a perfect indication of how White can occasionally fall foul of the line between eccentricity and quirkiness.

As 'Bone Broke' kicks in, normality resumes… or not: Jim Drury is here with his bagpipes, children. ‘Prickly Thorn, But Sweetly Worn’ and its accompanying piece ‘St. Andrew (The Battle Is In The Air)’ are duds. Whether it seemed sensible stateside or not, if Paul McCartney's ‘Mull Of Kintyre’ foray into embracing the bagpipe served one purpose, it was that the droning blow-organ is best left alone.

‘Rag and Bone’ details two antique collectors’ hording exploits, as Jack and Meg amble around a dealership to Jack's ridiculous enthusiasm. "Meg, look at all this stuff," he excitedly squeals. She fails to respond, and the track only acts to rekindle comments previously made by Billy Childish, who’s on record as calling Jack White a plagiarising thief. But surely White didn't deliberately mimic Van Halen’s ‘Hot For Teacher’ on the track... surely?

Proceedings then develop somewhat: 'I'm Slowly Turning Into You', apparently composed off the back of Michel Gondry describing a visual conceptualisation to the pair, is White's finest vocal performance on the record, as he resigns that “I even love it when you’re faking it”. Elsewhere, the brilliantly timid 'A Martyr For My Love For You' proves a haunting bout, with playful wordplay and imagery. It works within the traditional White Stripes model to great effect alongside 'Catch Hell Blues', before 'Effect and Clause' provides a knees-up and hands-together departure, the kind of which only the Whites can really provide.

Seemingly unperturbed by the attention they have now garnered, this is by far The White Stripes’ most peculiar record, retaining with ease the enigmatic elements that made them so essential circa their breakthrough and before it. Despite the previous admission from Jack White that 2003’s LP Elephant would be their final record, Icky Thump sounds about as far away from a swansong as any record could be; it indicates, clearly, that White is still plenty full of ideas. It’s a pity, though, that far too many of these ideas are not realised in a particularly remarkable fashion; its moments of greatness are clouded, rather, by confusing sidesteps into a quite singular eccentricity.