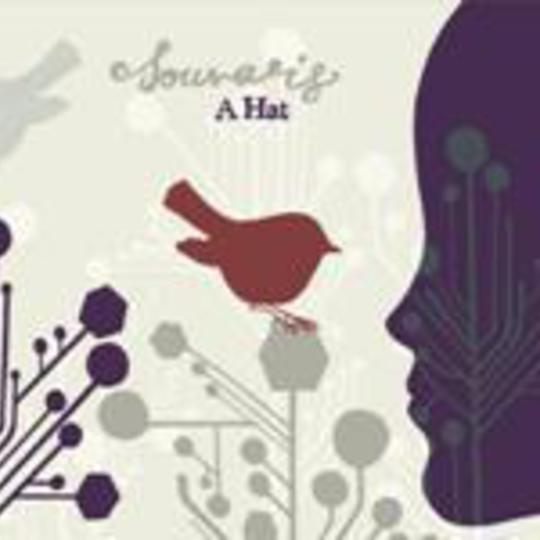 Getting sent a release that shuns vocals always makes me furrow a brow. It can be a lot more difficult writing words about the wordless, with no lyrical analysis to structure a review around or to help back up points of critical dissection. Fortunately, a select few bands don't need vocals to do any talking for them; their musicianship is strong, and cohesive enough to dictate in any language.

Nottingham's Souvaris are one of these bands. From the barely audible warm synth opening of 'Buffle' to the bouncing chords and dancing snare/cowbell combination that bring A Hat to a close, the band employs a slow-burning but ever-changing formula to map out their songs and take them in new directions.

The fact that Souvaris employ many different tongues and dialects helps a lot. 'Quit Touching My Ass' forces jazz and electronica through a post-rock filter in a similar, if rougher and more predictable, way to Tortoise circa It's All Around You. Later on, they dispatch Don Caballero-style math-rock workouts in a more conventional fashion, particularly on 'Hand Or Finger?', which sounds like a drawn-out, adrenaline-soaked version of Youthmovies’ 'A Little Late...'.

But whilst Souvaris' influences are obvious throughout A Hat, they never resort to simple copycat techniques. The six tracks that make up this album, most of which last over twelve minutes, pass by surprisingly quickly, something of an abnormality for bands in the post-rock genre. A Hat offers little you haven't heard before, stylistically, but there’s every chance you haven't heard it told as well as this.