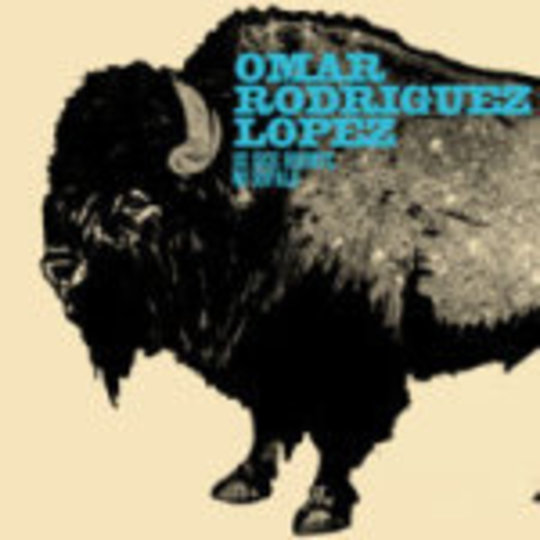 If you’ve heard The Mars Volta before then you’ll know that Omar Rodriguez-Lopez’s guitar lovin’ ways can sound a little silly. Here on one of four solo albums he reaches the verge of self-parody. Se Dice Bisonte, No Bufalo which, if you take the literal translation, reads as ‘It´s Called Bisonte, Not Buffalo’ (right…) is the creative outlet for all of Omar’s self-indulgent ways – extensive solos, sound manipulation, jazzy drums. Oh yeah, he goes all out on this one.

Opening with a track called ‘The Lukewarm’ isn’t the best statement of intent for a solo album, is it? Especially as that’s exactly what the album is – tepid guitar noodling over a pitter-patter of innocuous electronic sounds and an occasional foray into free-jazz. Half of the tracks on Se Dice Bisonte, No Bufalo run with this theme, so unless the sound of tentative solos with his one hand on the guitar and the other in his pants excites you, I wouldn’t bother.

There are a couple of exceptions to the rule though. ‘Rapidfire Tollbooth’ – the template for a song that The Mars Volta will build on for their hopefully-not-shit fourth album The Bedlam in Goliath – is an incongruously focused retort of reverb-soaked saxophone and Led Zep’ riffs which, quite simply, rocks. ‘Please Heat This Eventually’, a track that was originally recorded with Can main-man Damo Suzuki (here in the form of an instrumental) is a positively hazy melange of acid-fried solos and effervescent percussion which brings to mind some of the better moments of 2006’s Amputechture.

Despite the occasional moment of brilliance, there just isn’t enough to maintain interest here. Even fervent followers of The Mars Volta will find this record average at best. Hopefully, these four solo records will get the pretentious wankery out his system in time for the next Mars Volta album.

I’m not sure how stoned you have to be to ‘get’ Se Dice Bisonte, No Bufalo, but if anyone wants to find out, send your subsequent answers on a postcard to: