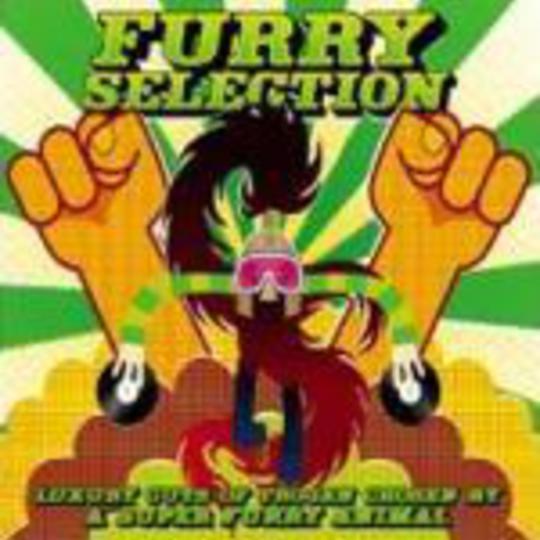 As part of their 40th Anniversary celebrations, Trojan records have been inviting contemporary musicians to curate a collection of their favourite Trojan cuts. Following in the footsteps of Jonny Greenwood and Lee Scratch Perry, Guto Pryce of Super Furry Animals is the selector third time out. His_ Furry Selection _is a largely sunny-side up affair, righteously grooving dub and soaring reggae, a mix of certified classics and glorious rarities.

A dub and reggae connoisseur, Pryce executes his task with precision. From the off, Furry Selection _proves compelling. A double-whammy of greatness is delivered early on in the form of Horace Andy and Lee Perry tracks. In Pryce’s opinion, Perry is both the alpha and the omega. The accompanying liner notes even find Pryce suggesting that, in terms of musical influence and import, the dub talisman is on a par with Phil Spector and Miles Davis. Certainly Perry’s _‘Curly Locks’ provides fine testimonial to the man’s mercurial talent; a woozy serenade, shimmying with intent, the vocal deeper than hell and honey glossed.

The standard of vocal performance throughout is extraordinary and provides one point of commonality amongst the often quite diverse tracks here. Sometimes the singing is languorous, as is the case with Cornell Campbell on ‘Girl of My Dreams’; sometimes voices are used to interrogate words, to impact or stretch out, coming down hard on certain syllables: note* Tenor Saw*’s throbbing_ ‘Ring The Alarm’_. Either way the vocal, imbued with a powerful musicality, proves captivating.

Picking favourites from the treasure trove that is_ Furry Selection does seem somewhat churlish. However, the mesmeric shuffle of Augustus Pablo’s _‘Vibrate On (Dub Version)’ and widescreen atmospherics of Keith Hudson’s ‘Darkest Night On A Wet Looking Road’ are certainly deserving of mention in what is an all-round lovingly crafted, carefully selected and classy creation.

The Thermals, The Cribs at Astoria, London, Tue 29 May