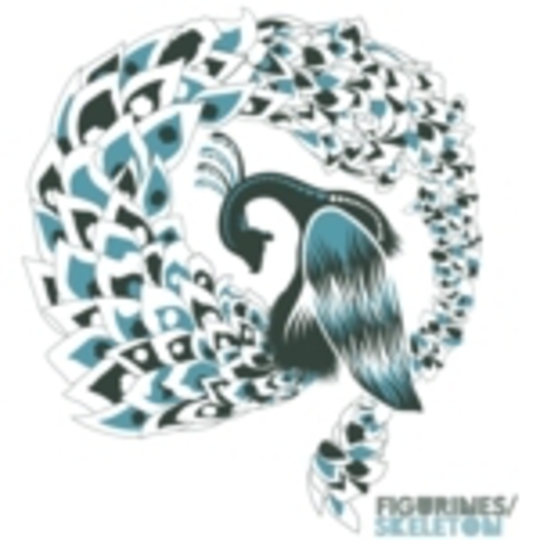 For much of the DiS faithful, perhaps a recommendation from Kaiser Chiefs in _ NME_ doesn’t sound like the most reliable way to discover a brilliant ‘new’ band, but you should give them this one. After all, the second album from this Copenhagen quintet – though they were only a trio at the time of recording – shares little in common with its famous fans.

Skeleton does, however, have a lot in common with seminal Idaho indie-types Built To Spill, so much so that I’ve scoured the press release repeatedly just to make sure that this isn’t some kind of secret offshoot project. The voice of Figurines’ frontman Christian Hjelm matches that of Doug Martsch almost exactly and the band themselves deliver the same brand of quirky indie-pop-cum-alt-rock, albeit in a simplified form.

Finally receiving a proper UK release having first appeared overseas a couple of years back, Skeleton is a straightforward record, one on which choruses rule the roost and only two songs break the three-and-a-half minute barrier, although on both occasions the barrier is well and truly shattered – both ‘Rivalry’ and closing track ‘Release Me On The Floor’ approach six minutes. This doesn't affect the album's tone though, as even these lengthier tracks are still verse-to-chorus pop songs, merely longer than the rest.

Comparable in places to bands like Grandaddy and Modest Mouse, for their alternative indie-pop leanings as much as the high-register vocals, Skeleton’s two outstanding moments are also two of the most opposed. Opener ‘Race You’ is led by a fragile piano line, solemn and loose but ultimately calm and beautiful, joined on occasion by the quiet accompaniment of an acoustic guitar, whilst Hjelm’s vocals swap between a cracked, high call and a proper falsetto. In sharp contrast, ‘All Night’ is precise where ‘Race You’ is slurred; as upbeat as the other is downbeat, with angry frustration in place of sadness; punchy and tight.

So accessible is most of Skeleton – well-crafted choruses seem to lurk around every turn – that the only concern here is over whether it has enough depth to stand the test of time. Certainly there’s enough variety in the sound here to keep you coming back in the short term, as even the simple chord-based guitar work has some nice little variations from verse to verse, though these moments aren’t as frequent as you might like.

If you ever enjoyed the accessible moments of long-standing US indie-pop acts such as Modest Mouse or Built To Spill, but longed for them to stop with the eight-minute wig-outs, Skeleton is probably the album you’ve been waiting for; from Denmark via America. You win this round, Ricky Wilson.

Band of Horses at King's Cross Scala, Islington, Tue 22 May